Nets in the Lagoon, Venice’

Derek Mynott studied at the High Wycombe School of Art from the age of just thirteen years old. By 1945 he moved on to the Slade School, then under the direction of Professor Randolph Schwabe – a pupil of Degas – and subsequently of Sir William Coldstream who introduced the spare techniques of the Euston Road School.     At 26, Mynott was elected a member of the Royal Society of British Artists (RBA) and his first one-man exhibition was held at the RBA galleries the following year. He exhibited widely both in England and overseas, including 17 times at the Royal Academy shows.  His work is now held by the British Council and the Government Art Collection.  His wonderfully spare composition and low key palette is perfectly suited to the atmospheric conditions of coastlines and lagoons - such as Venice. 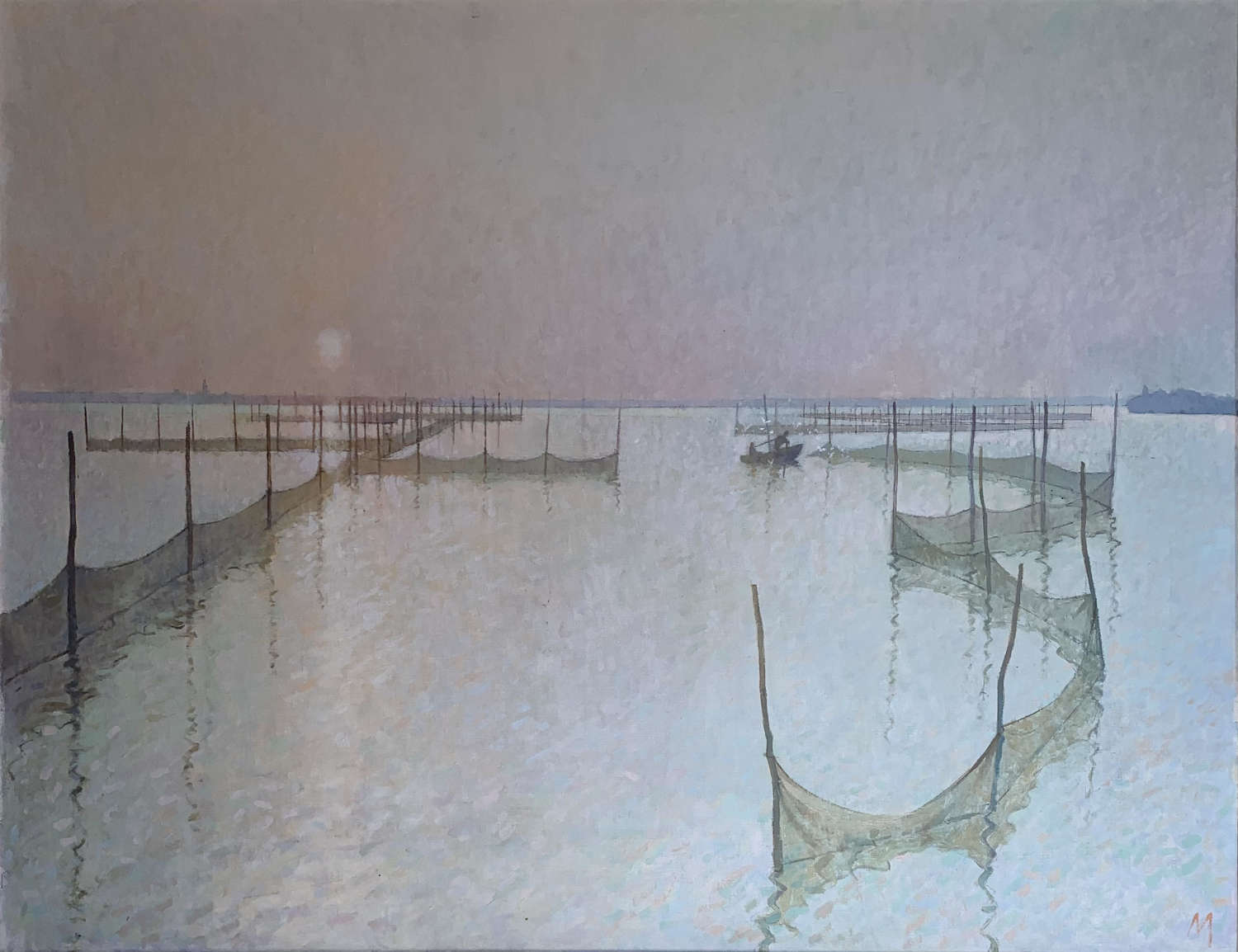 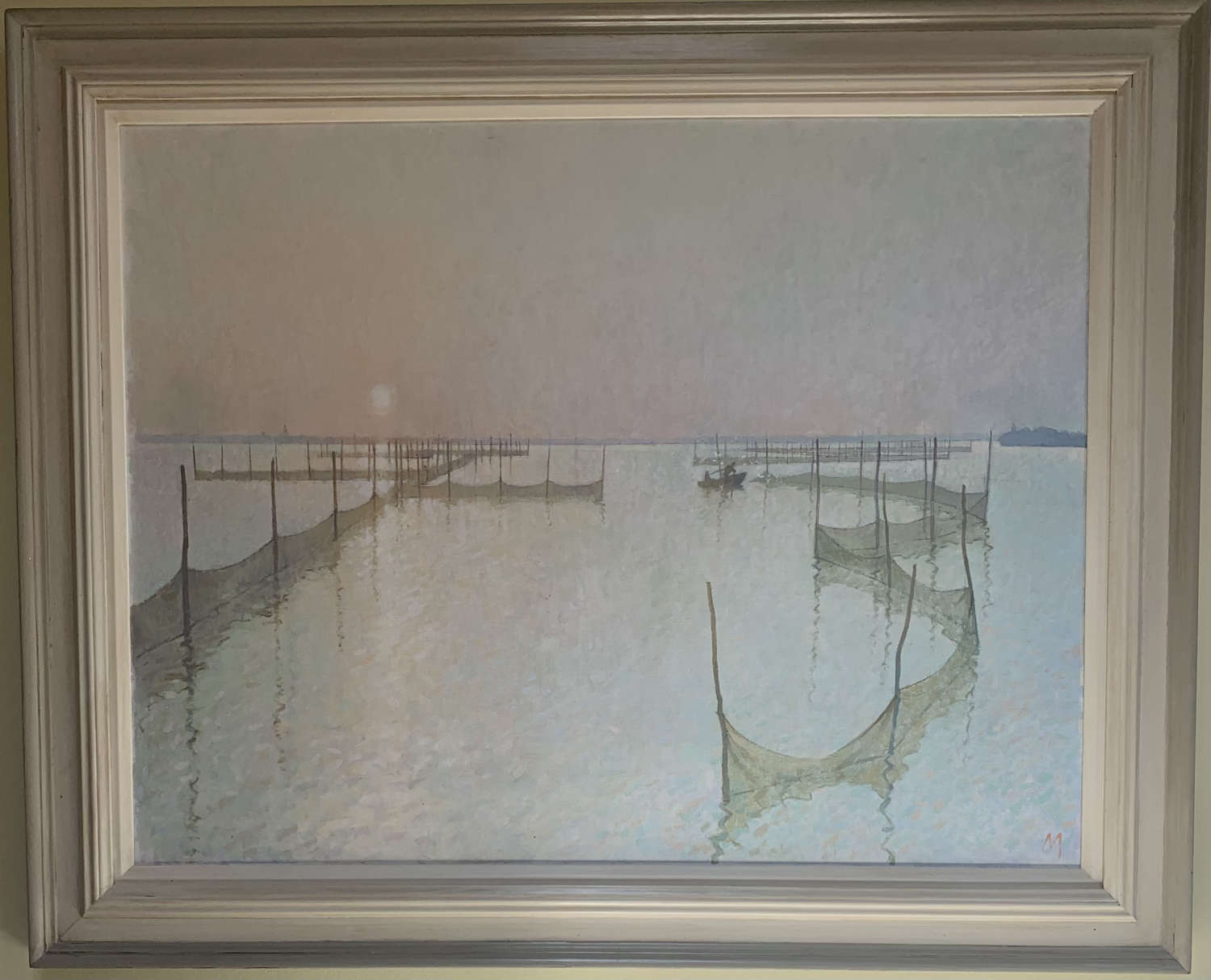