Hans Tisdall was one of the generation of European artists who trained in French and German schools but eventually found refuge in London during the 1930’s.  Tisdall had spent several years in Paris and had been well trained in design and lettering in his German art school.  He brought all of these skills to the fore in London, working for Edinburgh Weavers in textile design and for Jonathan Cape in book design.  He was part of the team creating murals and features for the Festival of Britain and took important commissions from industrialists thereafter.

the School of Painting. 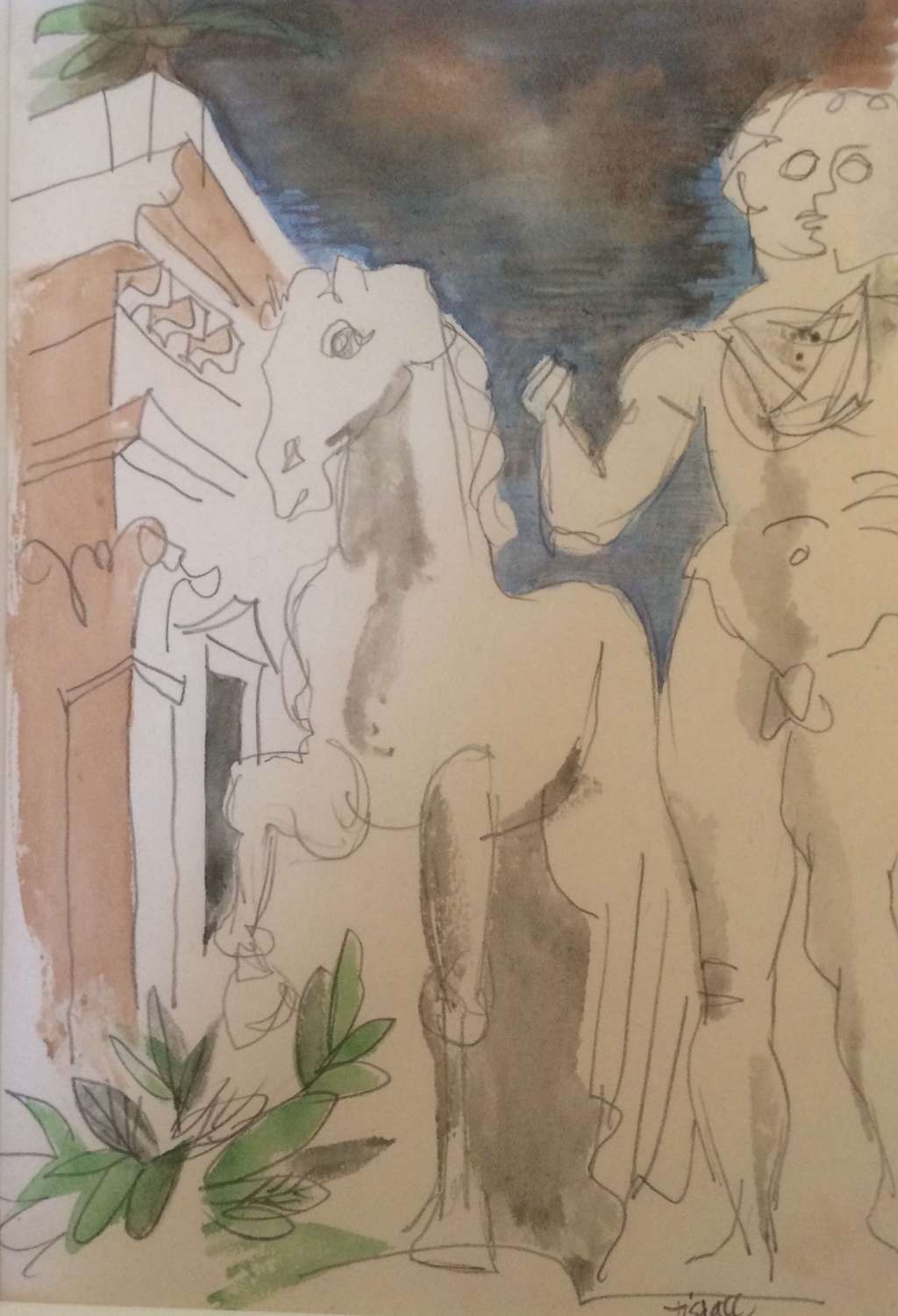