Oil on board, ex collection of Telfer Stokes - artist's family.

Francis Davison studied English and anthropology at Cambridge and had aspirations to become a poet but he had already begun to draw and so was invited to spend time in St Ives in 1946 with his old school friend, Patrick Heron.  There he met Margaret Mellis, also a painter in that community and they married by 1948, travelling to the South of France where they spent time on the Cap d'Antibes.  Francis quickly absorbed the rich colours and light that characterises the oil paintings from this period. They returned to live in Suffolk by 1952 where Davison began to experiment with collage and Mellis with driftwood sculptures and found objects.  Davison produced major torn-paper collages and had several  solo national exhibitions including one at the Hayward Gallery in London in 1983. Francis died in 1984 but retrospectives continue, with a major publication of a book in 2013.  The Arts Council have a number of his works in their collections. 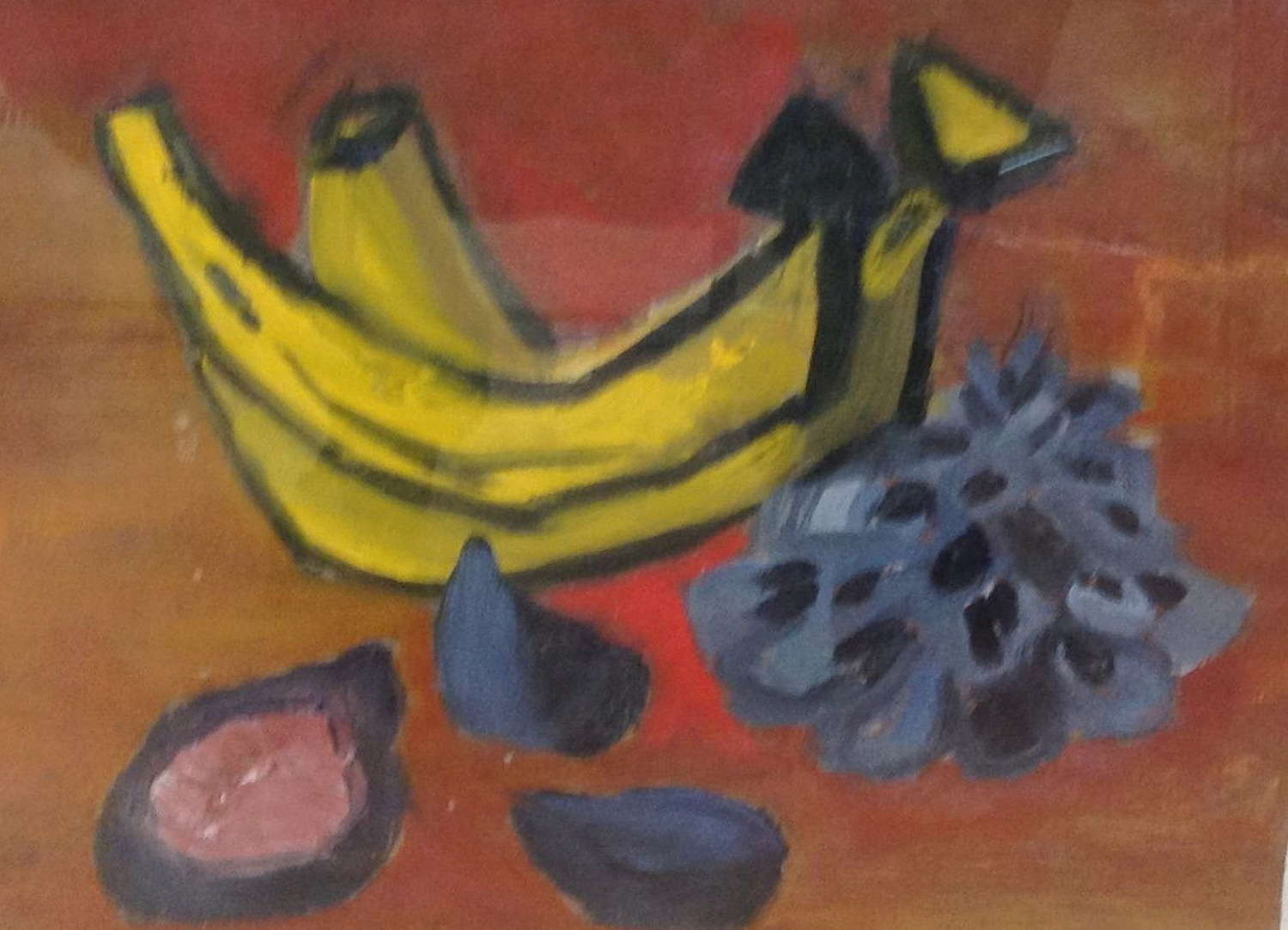