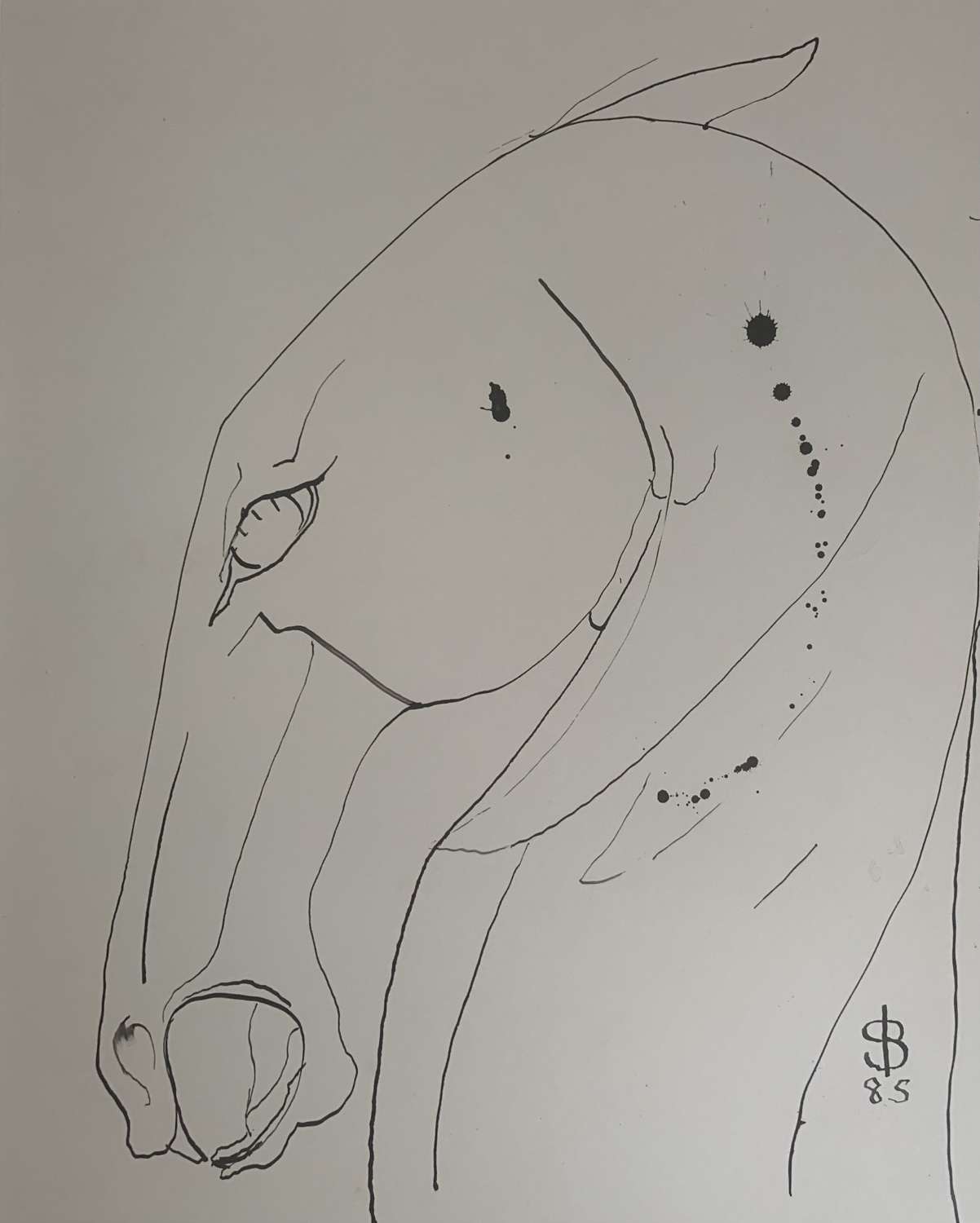 One of the biggest characters in the St Ives circle, Sven Berlin was a sculptor primarily but also worked as a writer, dancer, painter and poet.  He styled himself as one of the last bohemians and adopted Henri- Gaudier Brzeska as a model; he remained a humanist and a natural painter. He rejected modern abstraction although he knew Barbara Hepworth and Naum Gabo well.  He exhibited with the breakaway Crypt Group of artists in Cornwall for a while before adopting a bohemian lifestyle with a gypsy caravan in the New Forest. He had a natural facility for line and movement - the horse one of his best loved subjects.