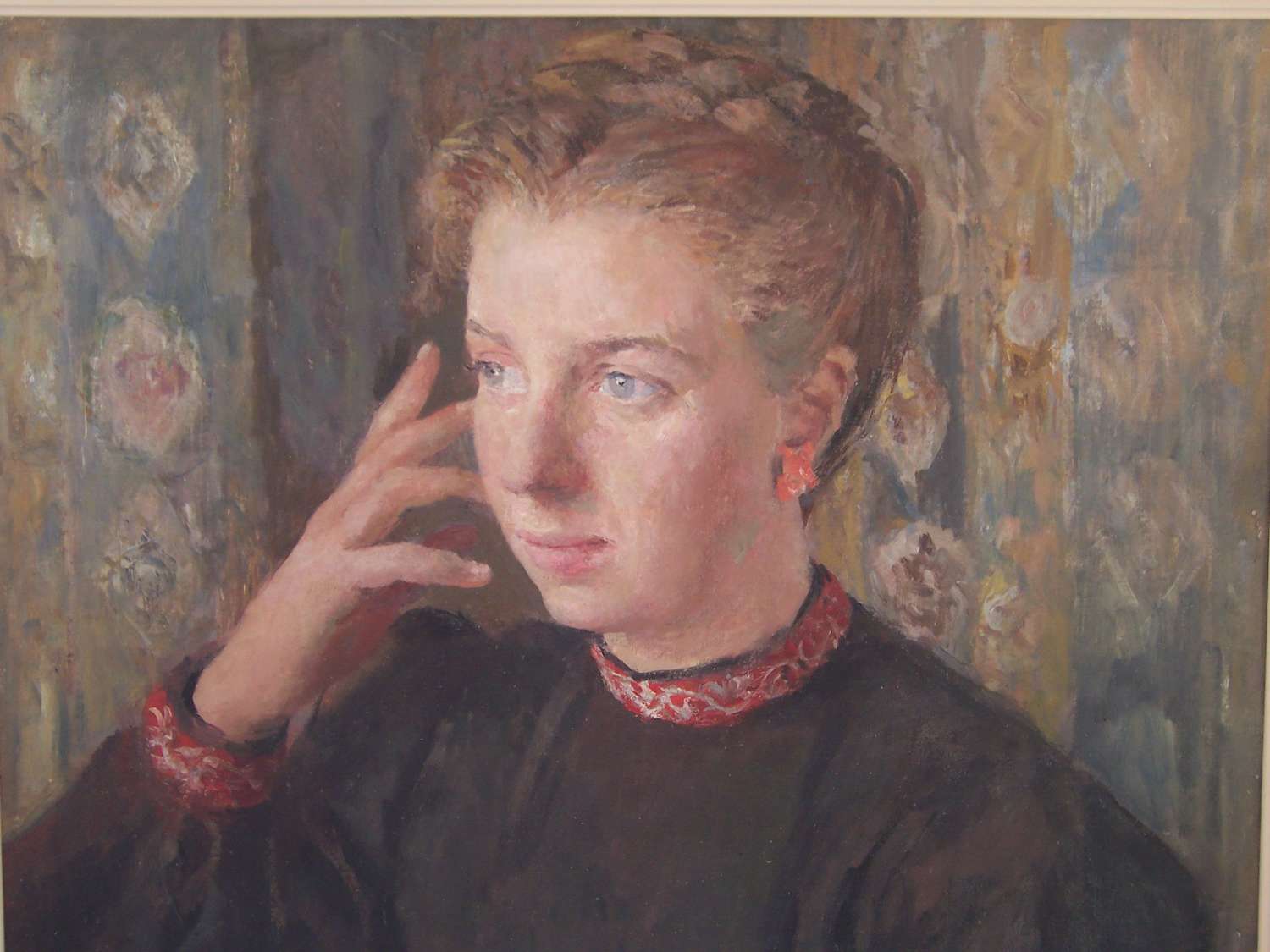 The ‘Swedish Girl’ portrait is a superb example of Rupert Shepherd’s work. A fine Slade School trained artist, Rupert Shepherd showed with the London Group and with the Euston Road painters, making his first solo show by 1939 - during this year he painted two portraits of the poet, Dylan Thomas, which were purchased by the National Portrait Gallery.  He worked as a draughtsman and Official War Artist during the war and then took up part time teaching at St Martin’s and Central Schools. He left England then for some decades to teach as Professor of Fine Art in Cape Town.  On his return to England he exhibited with Agnews and the National Gallery of Wales among others.