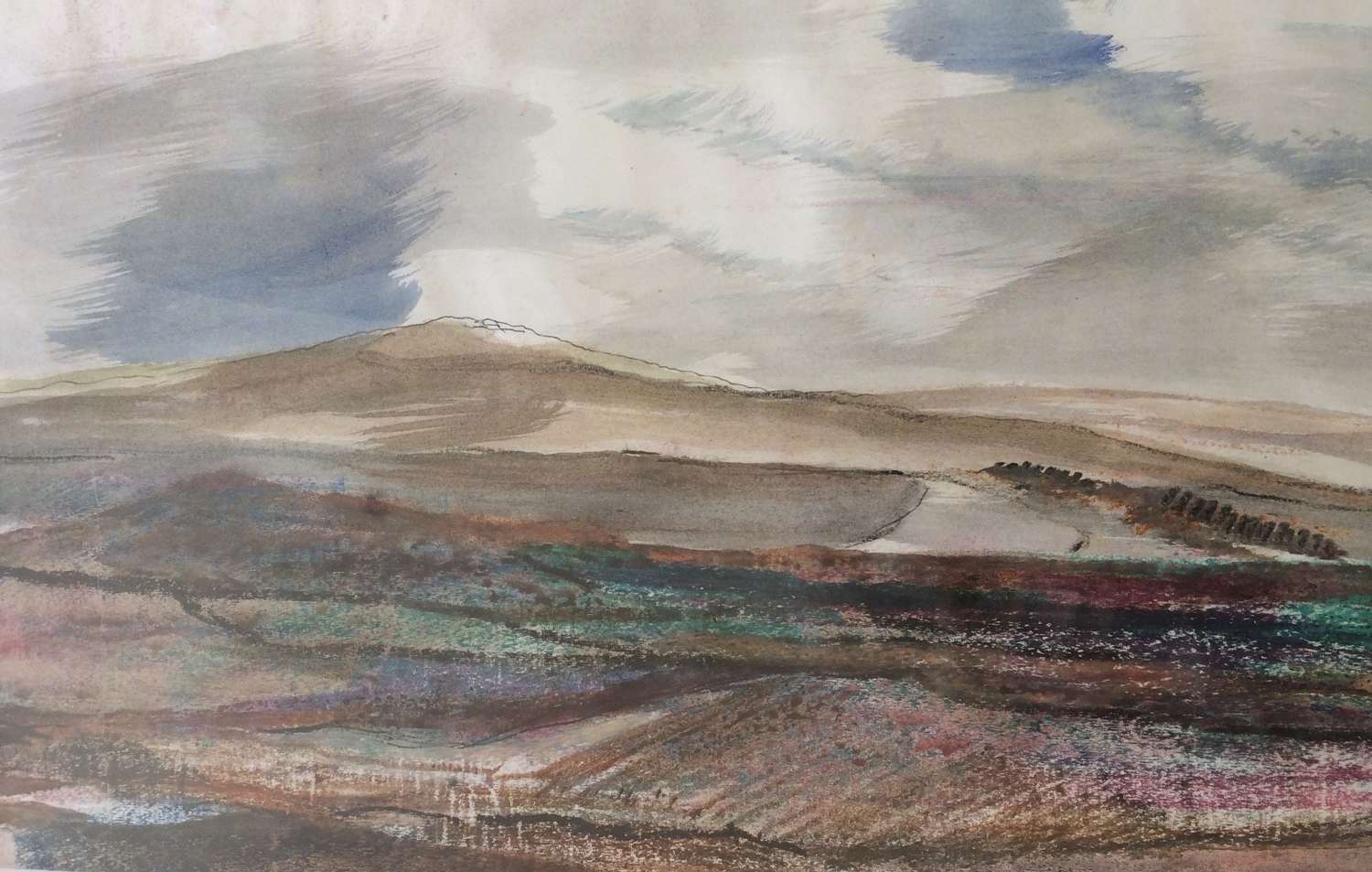 A lovely landscape from this talented artist, Rowland Suddaby.  Here he captures the colours in the scrublands of the North York moors and combines that with a feeling of the immense space of this open moorland.