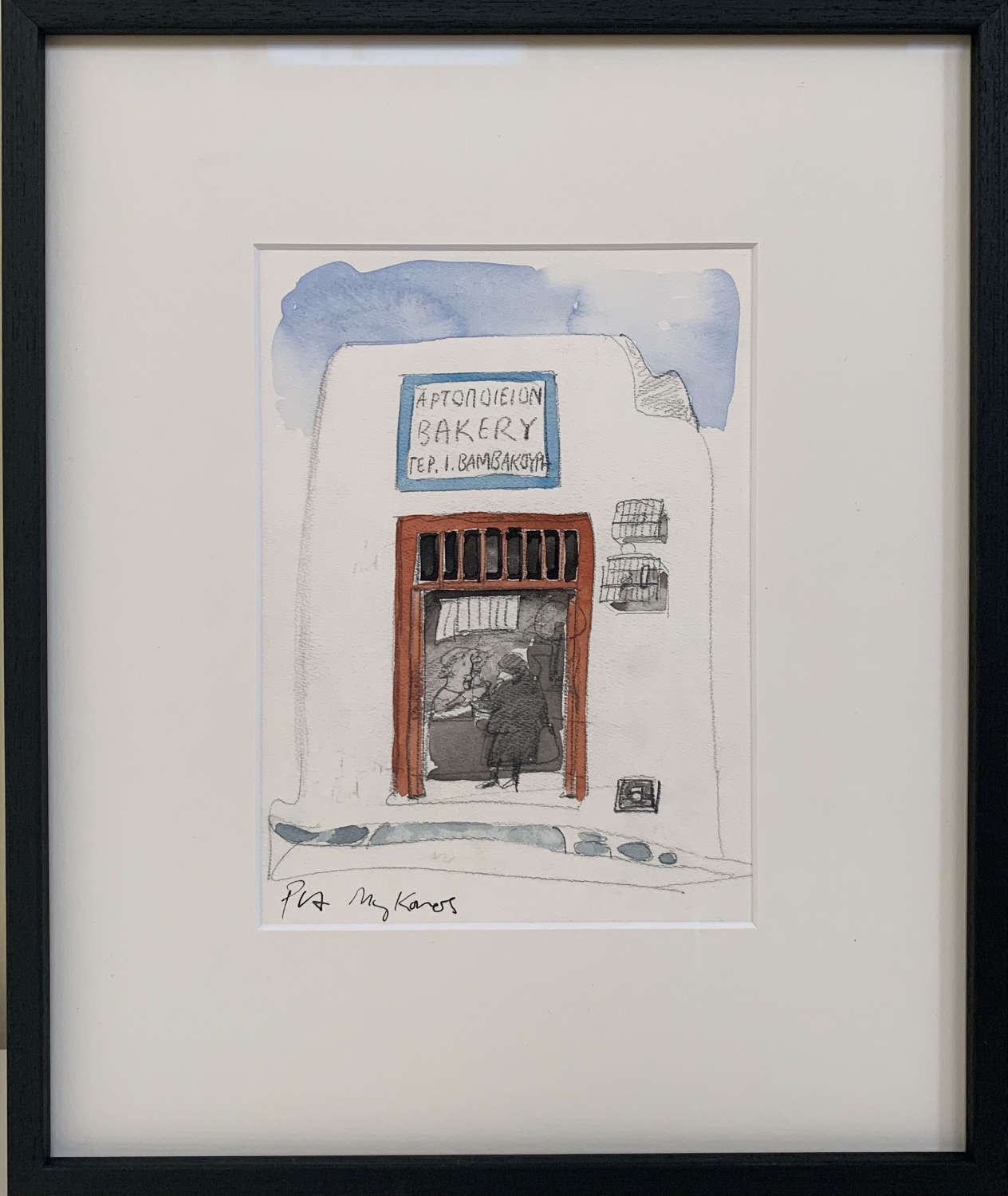 This watercolour was commissioned for - but ultimately not included in the book "Greek Islands' by Lawrence Durrell.
Paul Hogarth was born in Kendall in 1917 and died on December 27th 2001, aged 84. He was one of the most prolific and successful commercial artists of his day and has been described as "Britain's best descriptive graphic artist". In the course of a long career his ideas changed considerably and his style developed from a bleak realism to a gayer, more humorous eclecticism. His most frequent subjects were people, landscapes and buildings. The ones he was most drawn to were the buildings, which gave great scope to his dramatic sense of scale and perspective.