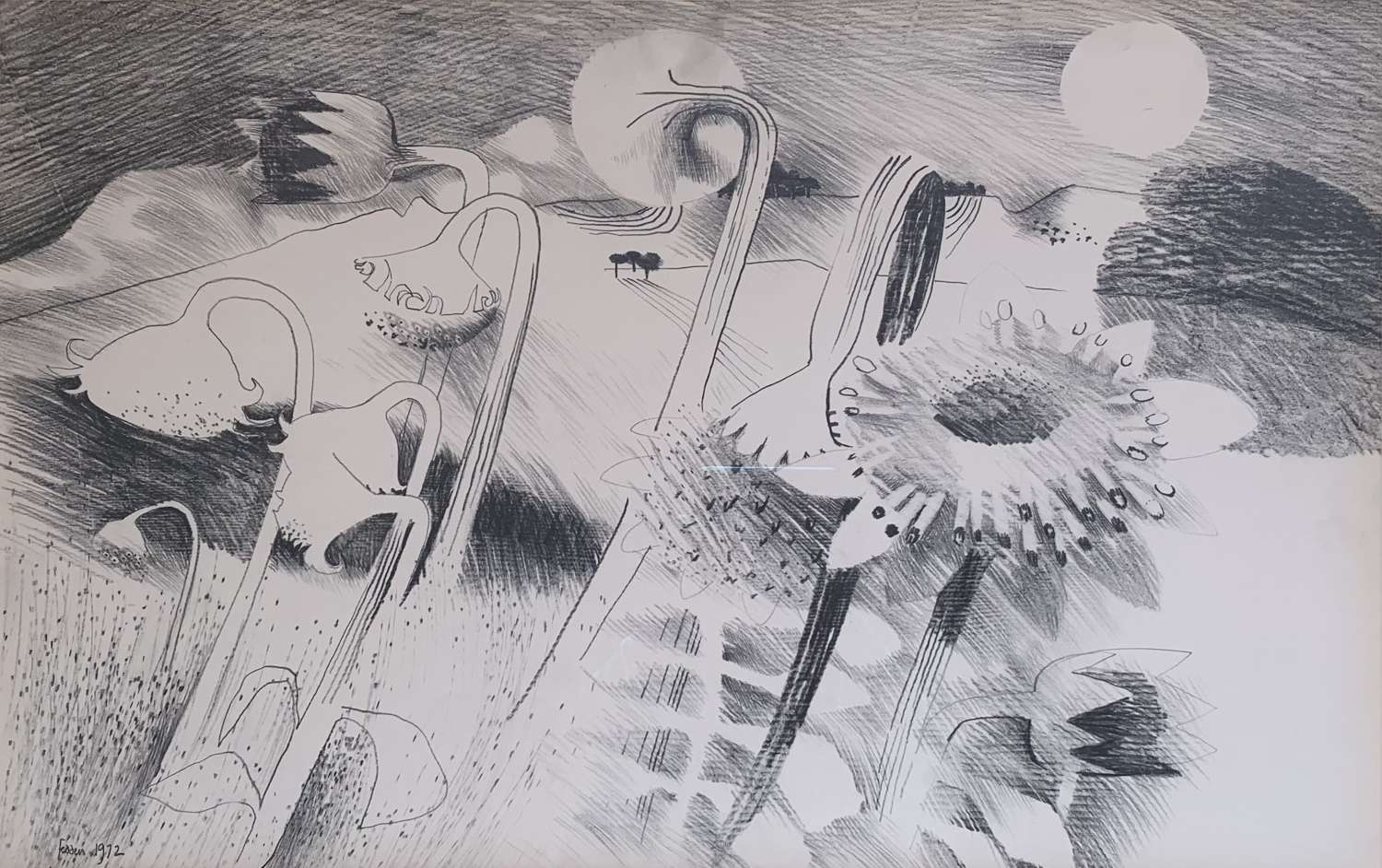 ‘A Field of Sunflowers’

The work of Mary Fedden needs little introduction; her colourful still life, bird and cat compositions are loved and collected by many, adorning greetings cards and appearing annually at the Royal Academy and the Royal West of England Academy.  The apparent simplicity of her compositions is clearly underpinned by her consummate graphic skill, taught rigorously at the Slade School where she took a scholarship in 1932.  Her drawings are in themselves a complete tour-de force and no serious Fedden collector would pass them by.

Mary had long associations with both the Royal Academy and the Royal College of Art; her work hangs in public collections including the Tate.