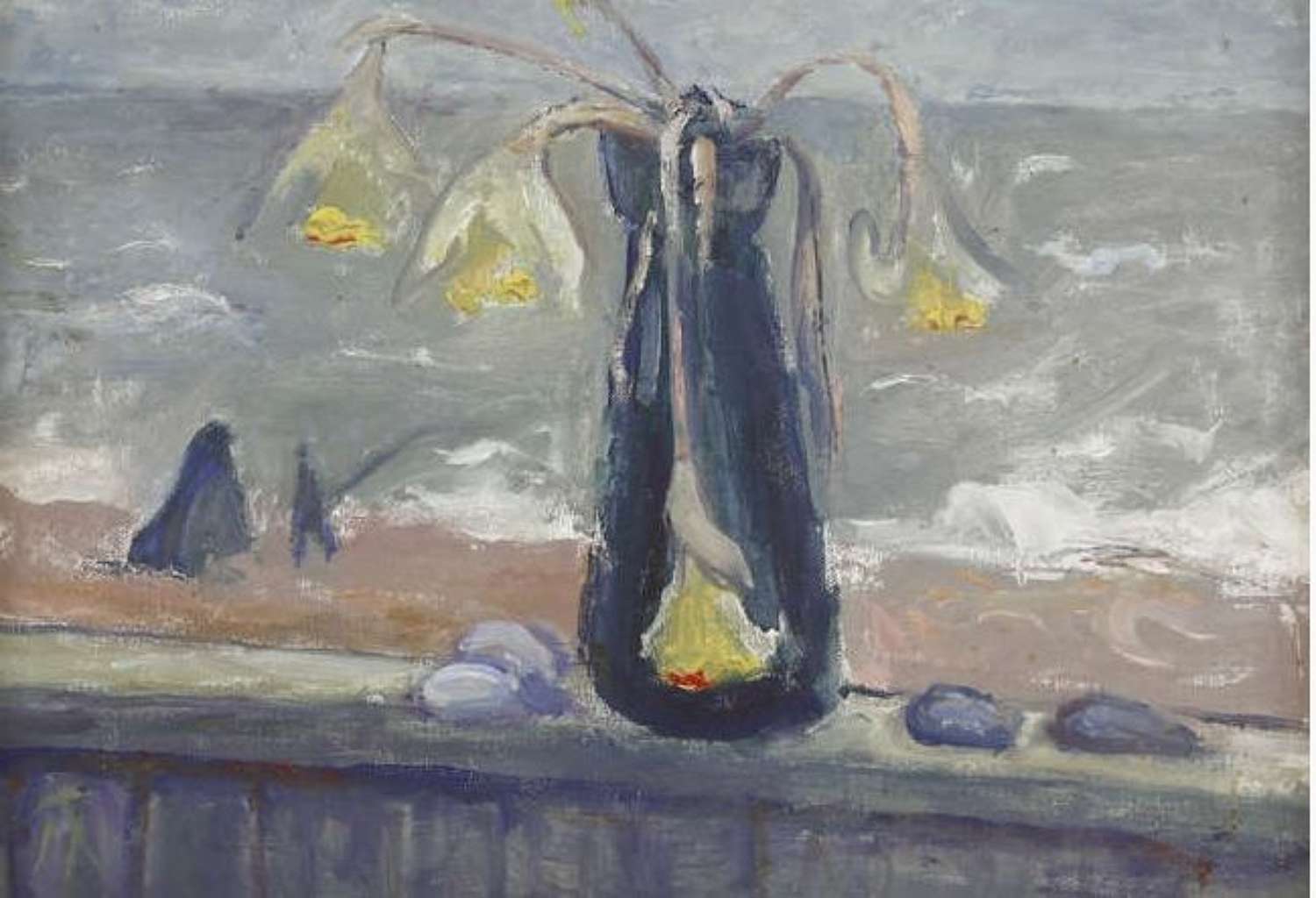 This delightful seaside view was probably painted from the famous South Tower lookout on the beach at Aldeburgh - a regular spot for Margaret who otherwise frequently painted  views around the mill in Bungay where she retired.  She trained at the Slade School and then at the Royal Academy Schools, she was influenced by Braque and by Philip Wilson Steer.  Her confident - almost abstracted arrangements are finely coloured; Wilson Steer would have understood her quintessential English style.  The gentle interior compositions often revolve around dying flowers - the nature morte - of her vision; she applauded them for their sculptural outcomes as much as for their fragility.