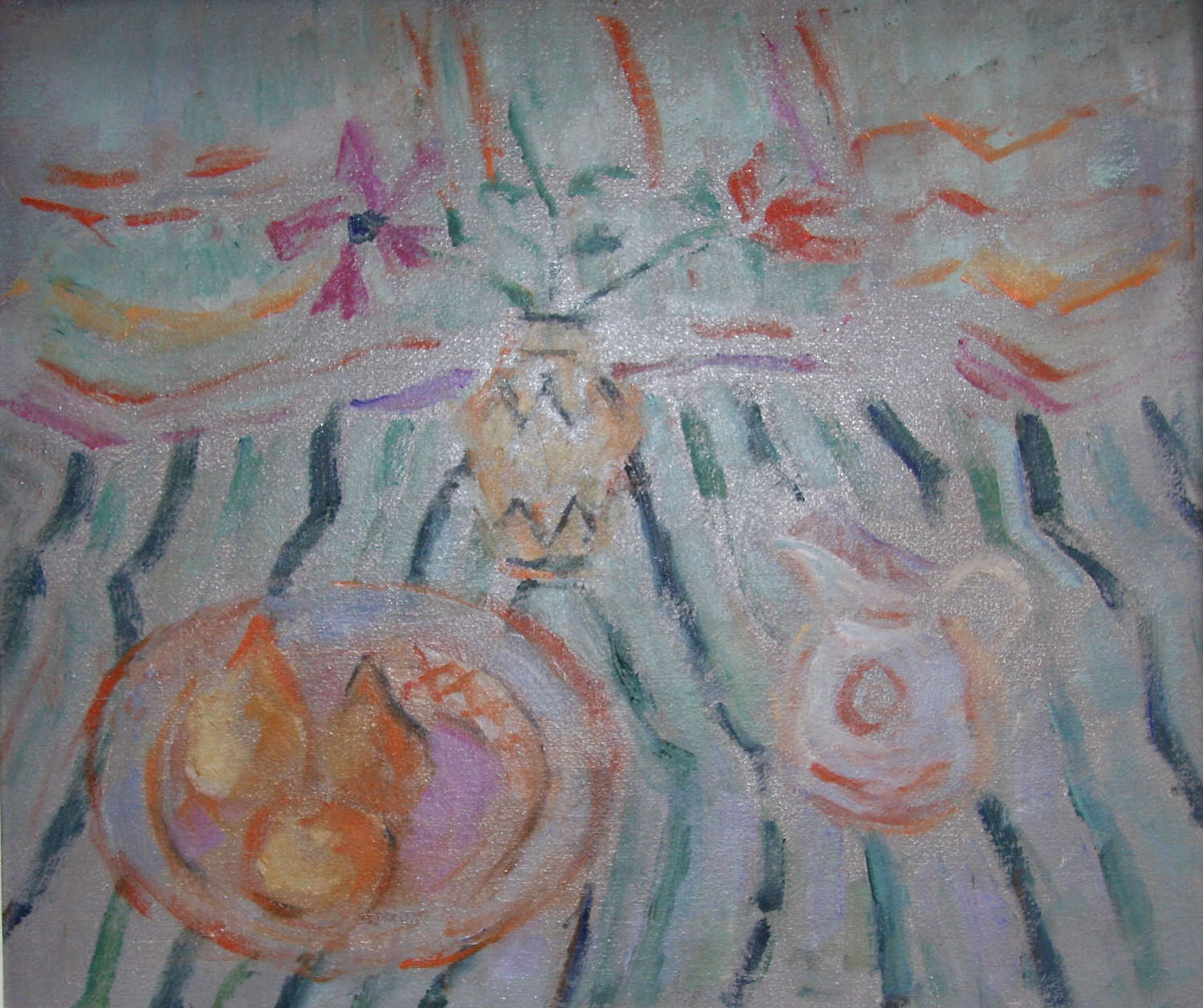 A painter in oil and teacher, born in London. June Miles studied at Slade School of Fine Art under Randolph Schwabe from 1941 to 43. During World War II she worked in an Admiralty drawing office drawing maps from 1943-5. After the War she studied at West of England College of Art in Bristol from 1946-8. She taught at the Bristol Polytechnic faculty of art and design, 1966 to 76.

June was the wife of Paul Feiler, the Internationally renowned modernist painter from the St Ives School, from 1946 until her divorce from him in 1967. During this period she painted as June Feiler, subsequently changing to her maiden name of June Miles .

She married the sculptor Paul Mount in 1978. Miles was a member of Royal West of England Academy, Penwith Society of Arts and Newlyn Society of Artists. She participated in many mixed shows, including the Royal Academy, Royal Society of Portrait Painters, Royal Society of British Artists, Women’s International in Paris, where she gained bronze medal in 1968, and in Cornwall. She had a long series of solo shows, including Van Mildert College in Durham University, 1970; Royal West of England Academy 1977; Beaux Arts, Bath, 1993; Penwith Gallery, St Ives, 1985; and Coach House Gallery, Guernsey, 1988. RWA, Plymouth and Bristol City Art Galleries hold examples. She and her husband Paul live in St Just, Penzance, Cornwall.

The National Collection holds 23 examples of her work.