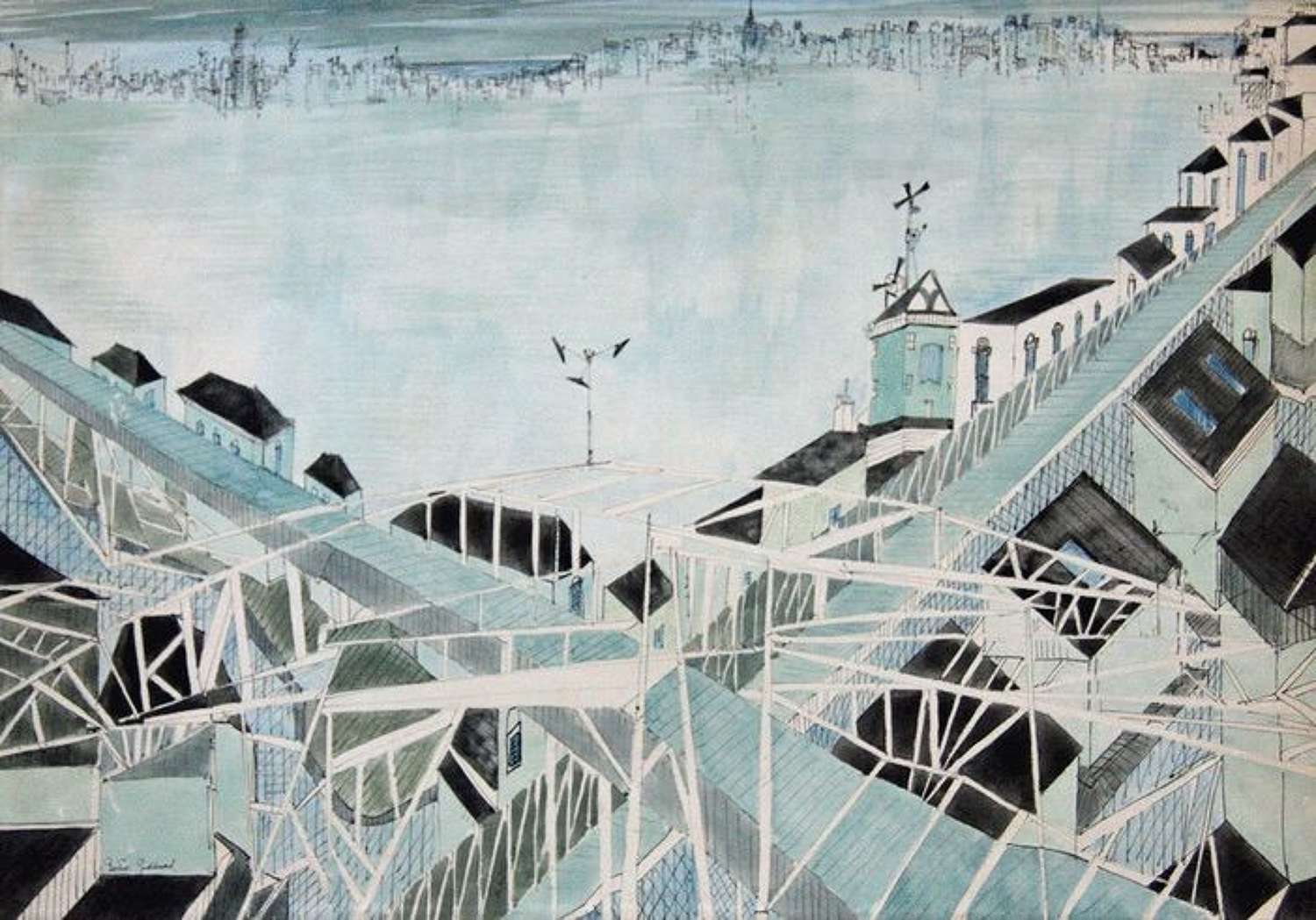 John Preston Goddard (born 1928, Liverpool; died January 2009) was a painter in oils, watercolour and gouache. He studied in the late 1940s at Croydon School of Art under R A Wilson, and exhibited widely including at the Royal Academy, Royal Society of British Artists, the Redfern Gallery, Roland Browse & Delbanco, Beaux Arts Gallery, and Piccadilly Gallery. In 1957 he had a one-man show at the Leicester Galleries in London. Preston Goddard was based in Croydon and his work is represented in several public collections.