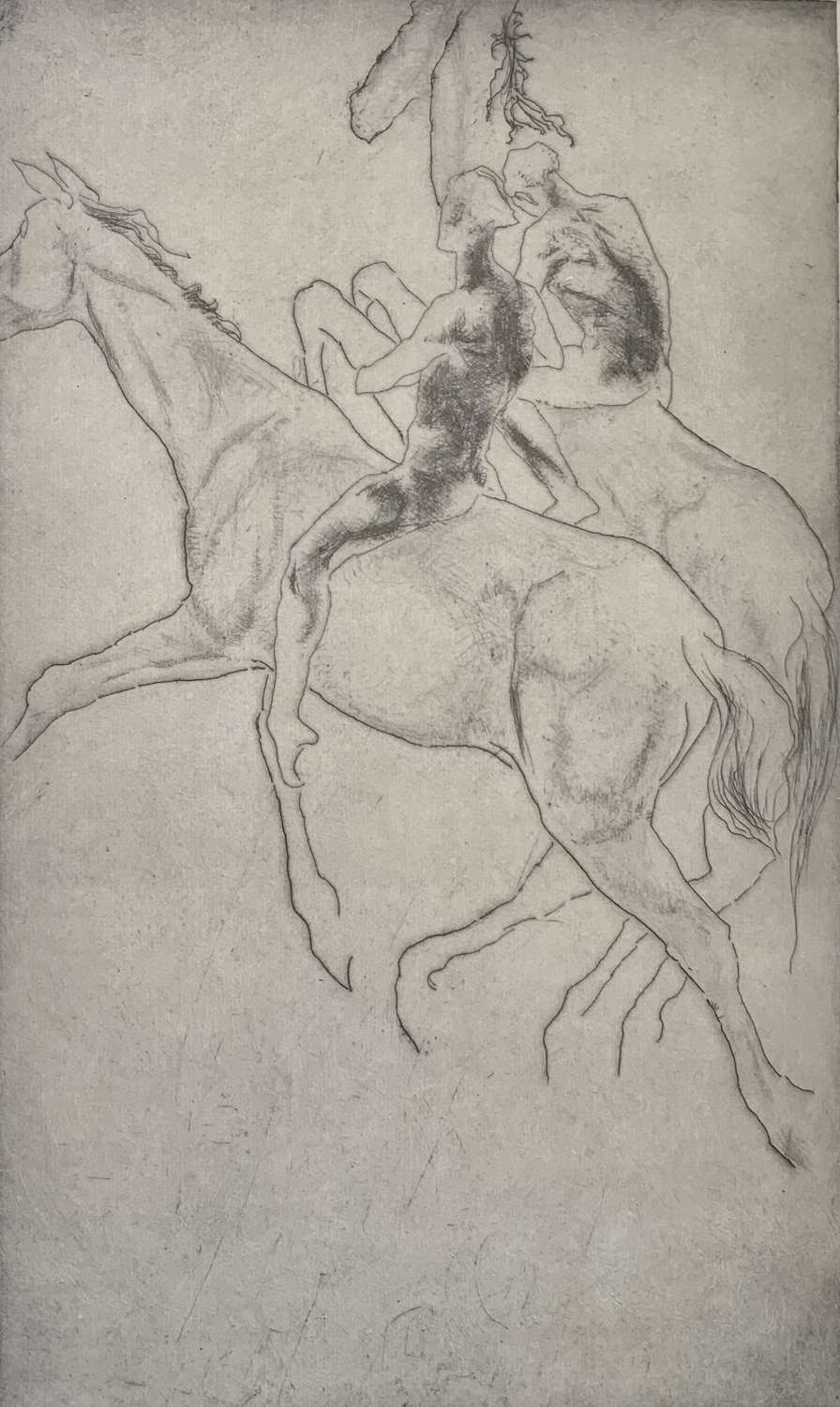 Copley was born in Manchester in 1875 He studied art at the Manchester School of Art and the Royal Academy. He spent ten years in Italy before moving to London. In 1909 Copley and Joseph Pennell started the Senefelder Club to publicise and promote lithography as an artistic medium. Copley was honorary secretary of the club until 1916. During this time he met the French-English artist Ethel Léontine Gabain and the couple married in June 1913.

John and Ethel lived in Kent for a time  but later the family moved to 10 Hampstead Square, NW3, where they created a studio in which the couple could work together. They moved to Alassio, Italy, where they would stay for two and a half years before moving back to London and during World War II he worked as an official war artist. Interestingly Copley won a silver medal for Painting and Engraving at the 1948 London Summer Olympics. At 73, he was the oldest recipient of any Olympic medal. 1948 was the last Games in which art competitions were held.