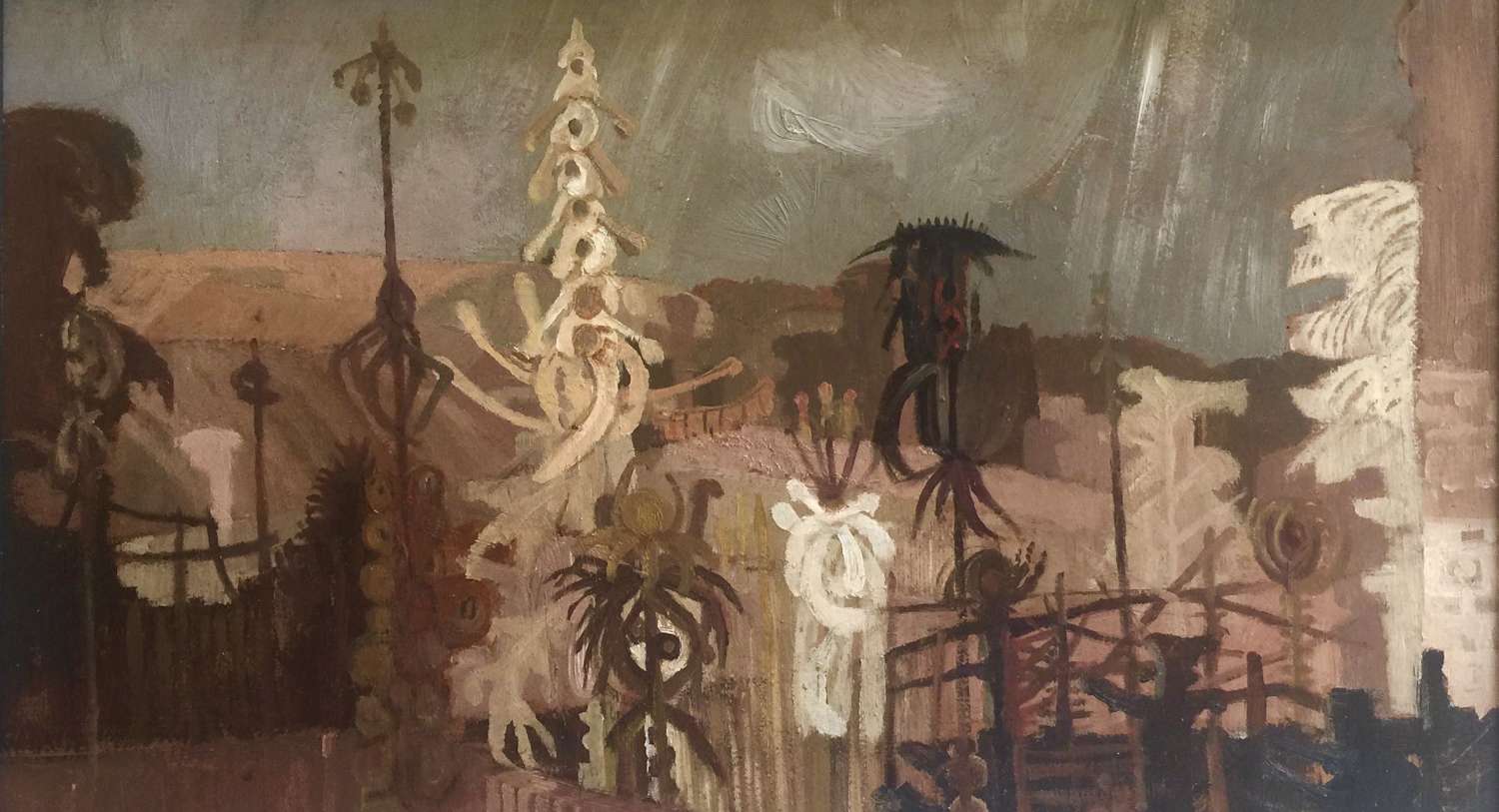 POA
The Hill Dwellers'
JOHN BOLAM,  1922-2009
Oil on board, 1959, signed and inscribed verso.
John Bolam is seen by many as following in the path of the neo-Romantics, most notably Piper and Sutherland, but his imagery subsequently evolved independently. Bolam was also strongly influenced by French Artists such as Braque and Degas as well as the English landscape. John Bolam was born in Amersham Buckinghamshire. He studied furniture design at High Wycombe School of Art and painting at Hornsey School of Art. From 1970 to 1983 John Bolam was Head of the School of Art in Cambridge. He exhibited at the AIA Gallery, Whitechapel Art Gallery, the Arts Council Gallery, Leicester Galleries and the New Art Centre (where he held a one-man show). The public collection of John Bolam's work is held at the Fry Art Gallery, Saffron Walden but his work also features in many important private art collections including those of Rank Zerox, Barclays Bank and Touche Ross.