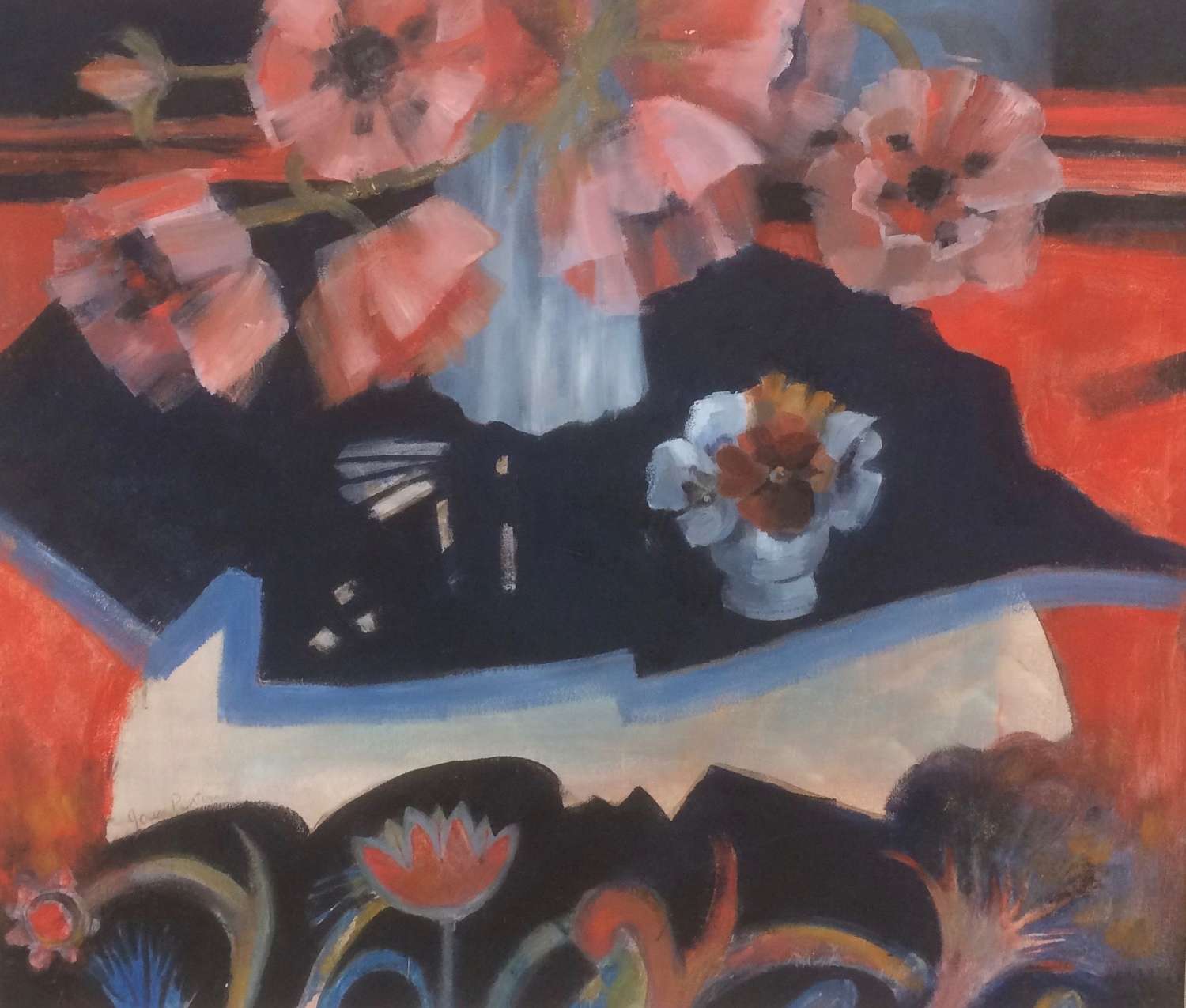 by JOAN RENTON  RSW, PPSSWA,  Born 1935
Oil on canvas, signed, 61 cm x 71 cm, Exhibition label for 1989 verso.
Joan Renton was born in Sunderland and studied under William Gillies at the Edinburgh College of Art during the 1950's.  Her work is well known in Scotland but has also been exhibited in America and Europe.  Joan was awarded a travelling scholarship to Spain in 1959 - on her return she took up a teaching position in Scotland.  Her style bears a debt to Anne Redpath whose work she much admired and stands fairly in the Scottish tradition.  HRH, the Duke of Edinburgh holds examples in his personal collection, as do several other Edinburgh institutions.