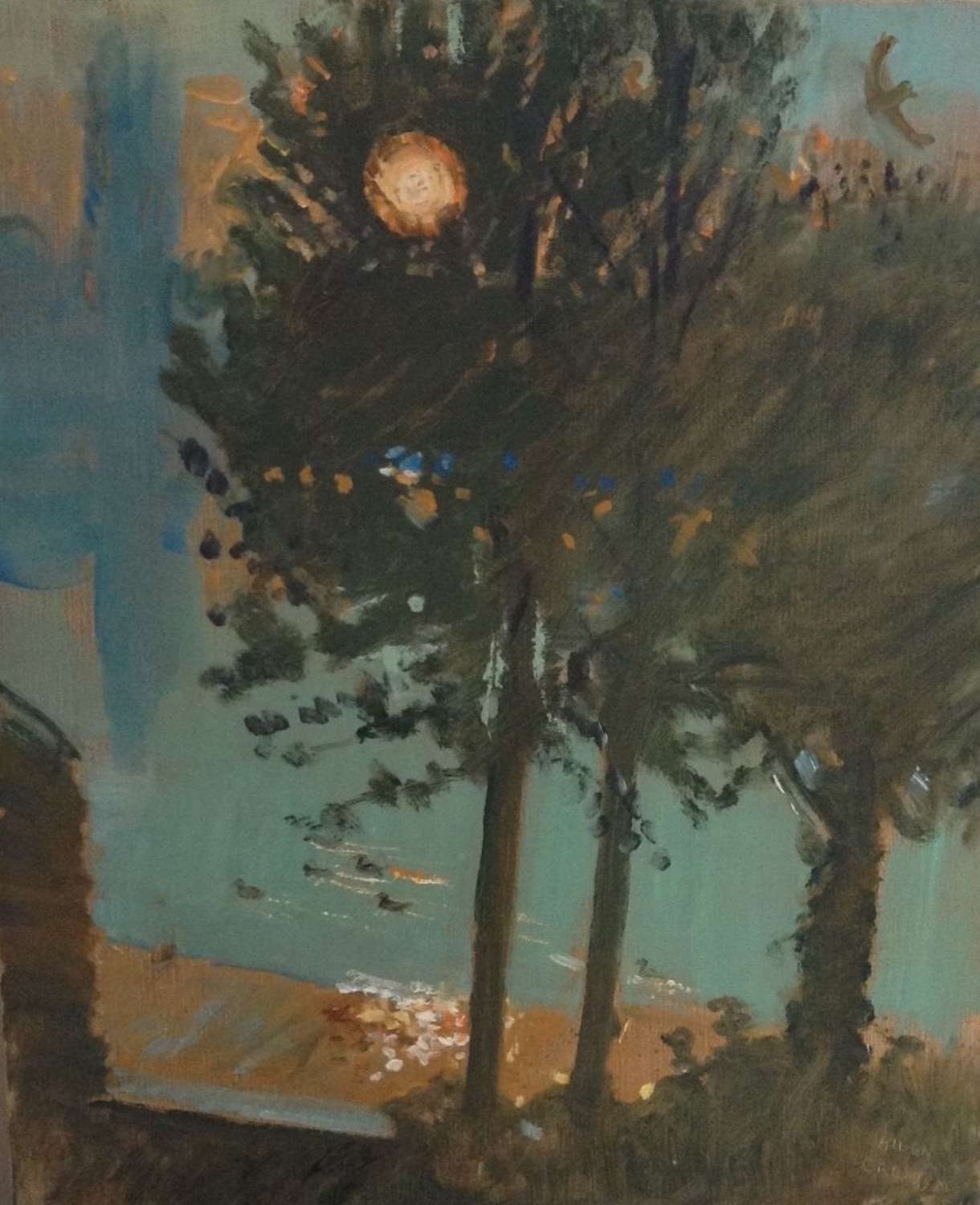 'Morning on the Thames'

Oil on canvas, signed and dated '85

Born in Canada in 1905, Hugh Cronyn was educated at Ridley College and trained with the Art Students League of New York, moving to train further under Andre L'hote in Paris.  By the outbreak of War in 1940, Hugh Cronym had settled happily in London, he joined up with the Royal Naval Volunteers Reserve as well as working in Bomb disposal - he won the George Medal for outstanding bravery on defusing a large bomb inside a tanker - The Chesapeake.  After the war Cronyn relaxed into the Suffolk countryside, teaching at the Colchester School of Art, painting and exhibiting locally at the Minories, the Phoenix Gallery and in Lavenham, lovely paintings of Suffolk countryside; interspersing this with residencies in France and visits back to Canada .  He was toasted at Canada House, exhibited regularly at the Royal Academy and the London Group.  On retirement he returned to London becoming a regular painter along the banks of the Thames in Hammersmith and spending time in the Southwest of France also.  He was given a  retrospective exhibition in Lavenham in 1990 and his family now curate the majority of his collection of paintings, others can be found in public collections in Canada, France and London.