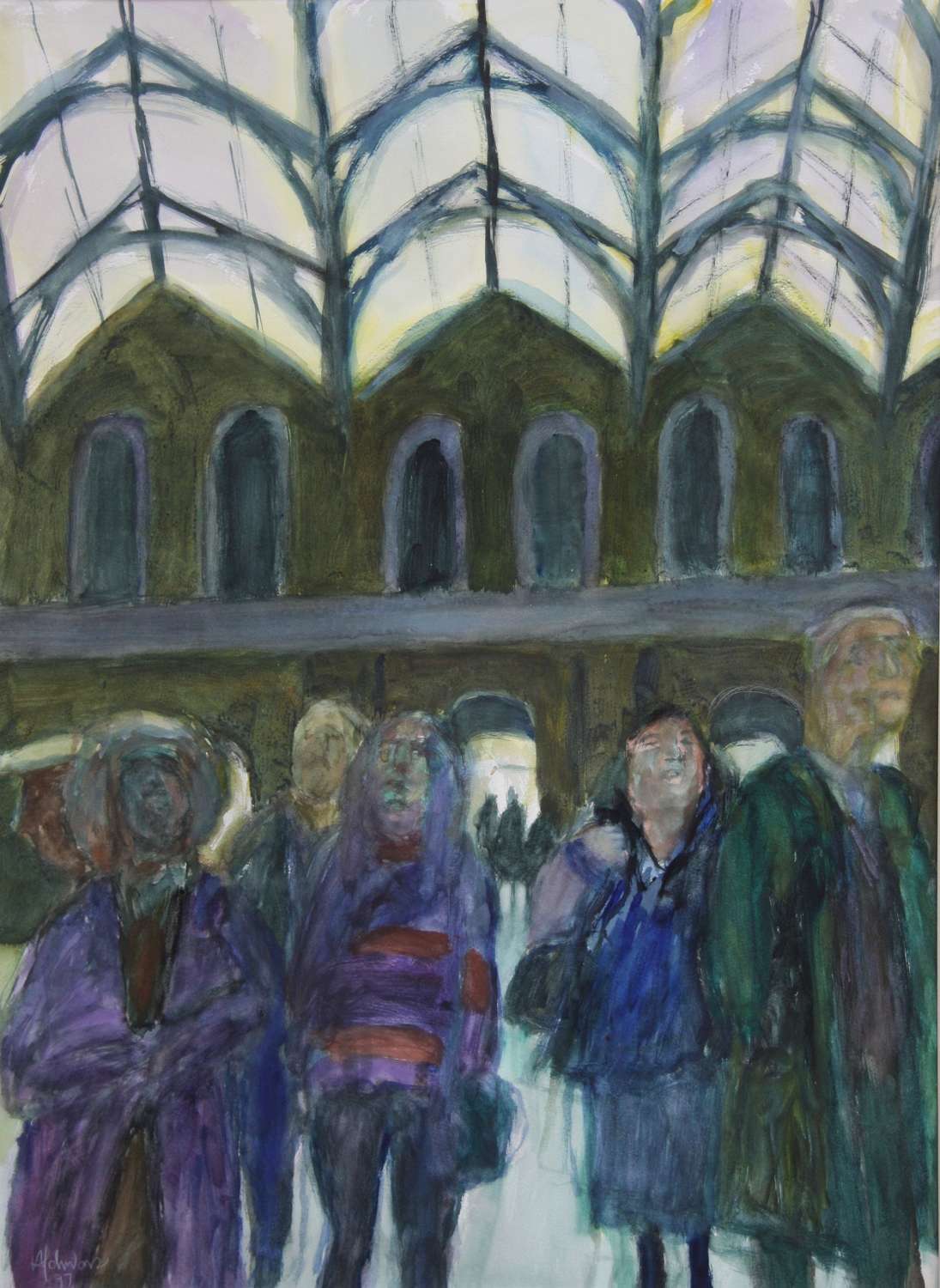 Painter, born in Vienna who studied at the Vienna Kunstgewerbeschule 1937-38 escaping on the Kindertransport.. He continued his studies at the Birmingham School of Art during the early years of World War II under Bernard Fleetwood-Walker. During the immediate post-war years, he was on the staff at Bournville School of Art before leaving the Midlands and eventually settling in London where he remained for the rest of his days.

He made an impact with his challenging palette and commanding style, particularly in portraiture where he had commissions now hanging in the NPG, including a very effective triptych of three prominent trade unionists Joe Gormley, Tom Jackson and Sid Weighell.

Here we have a sense of Charing Cross being seen as a modern day cathedral to transport, faces raised in silent supplication. Many Londoners will empathise with this daily service.