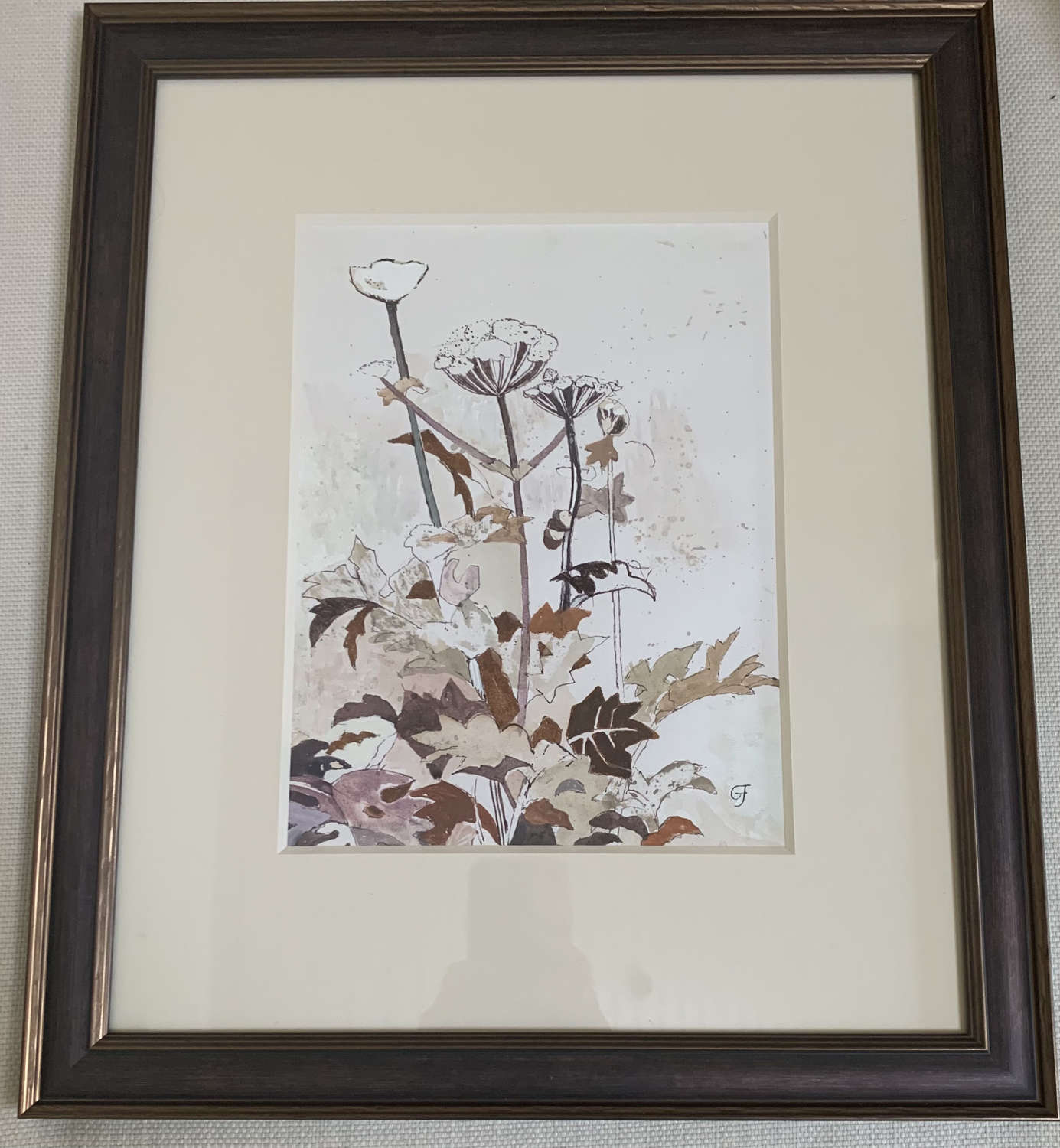 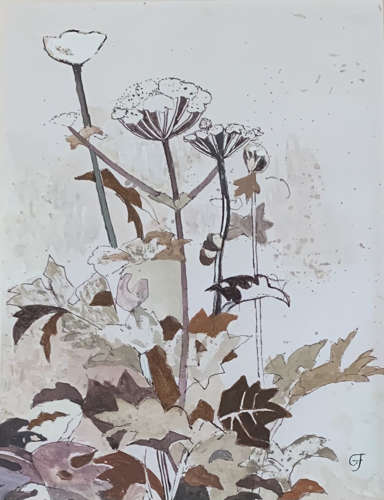 Provenance - from the artist by descent.

Johnstone was born in 1915 in Coltishall, Norfolk, and was the illegitimate daughter of musician Nora Brownsword and famous artist, Augustus John. From 1933 – 1938, she studied at the Slade School of Fine Art in London where she established friendships with artists Mary Fedden and Virginia Parsons. She also trained under cubist artists, Andre Lhote in Paris and Cecil Collins.

Gwyneth Johnstone spent her time between her home in Norfolk and later in the South of France and Spain. She died in 2010 and was buried alongside her mother in a ruined church near Coltishall.

Johnstone’s pictures appeared in a series of group shows in the 1960s, including the Women’s International Art Club and Young Contemporaries, however it was from the 1980’s onwards that she saw her most success with a series of solo exhibitions in both London and Norfolk.