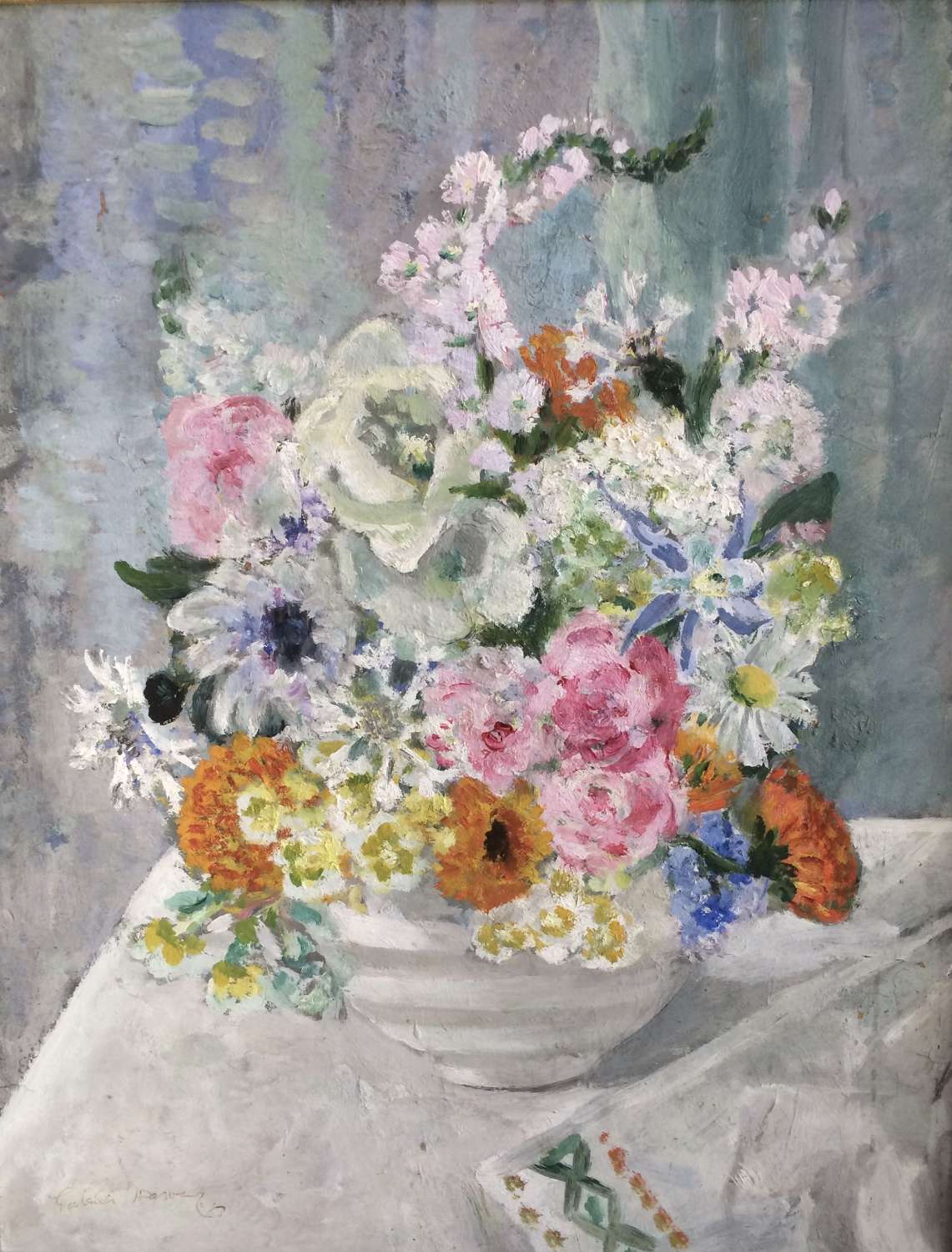 The daughter of John  Bodinnar, a cooper, ), Gertrude was the eighth of ten children and was Cornish-born. Her first contact with art was as a model that included posing for her future husband Harold HARVEY, and the experience fascinated her. She made notes of how the painters worked, and she discovered in herself a talent for art and design.

She and Harold later married in about 1911. Gertrude used mostly oil on canvas, board, card or paper, but also tempera, gouache and sketches (sold at NAG), and also enjoyed needlework and clothing design. In the 1920s and 30s she exhibited her work at various galleries in London, including the RA and the Leicester Galleries. Often she showed work together with her husband in mixed and group shows.  A member of the first group of Newlyn painters, Gertrude and her husband Harold were friends with Dame Laura Knight among others, and would often work outside 'en plein air' as it was known to capture the freshness of colours and the spontaneity of a style that became known as the British riposte to continental art styles.