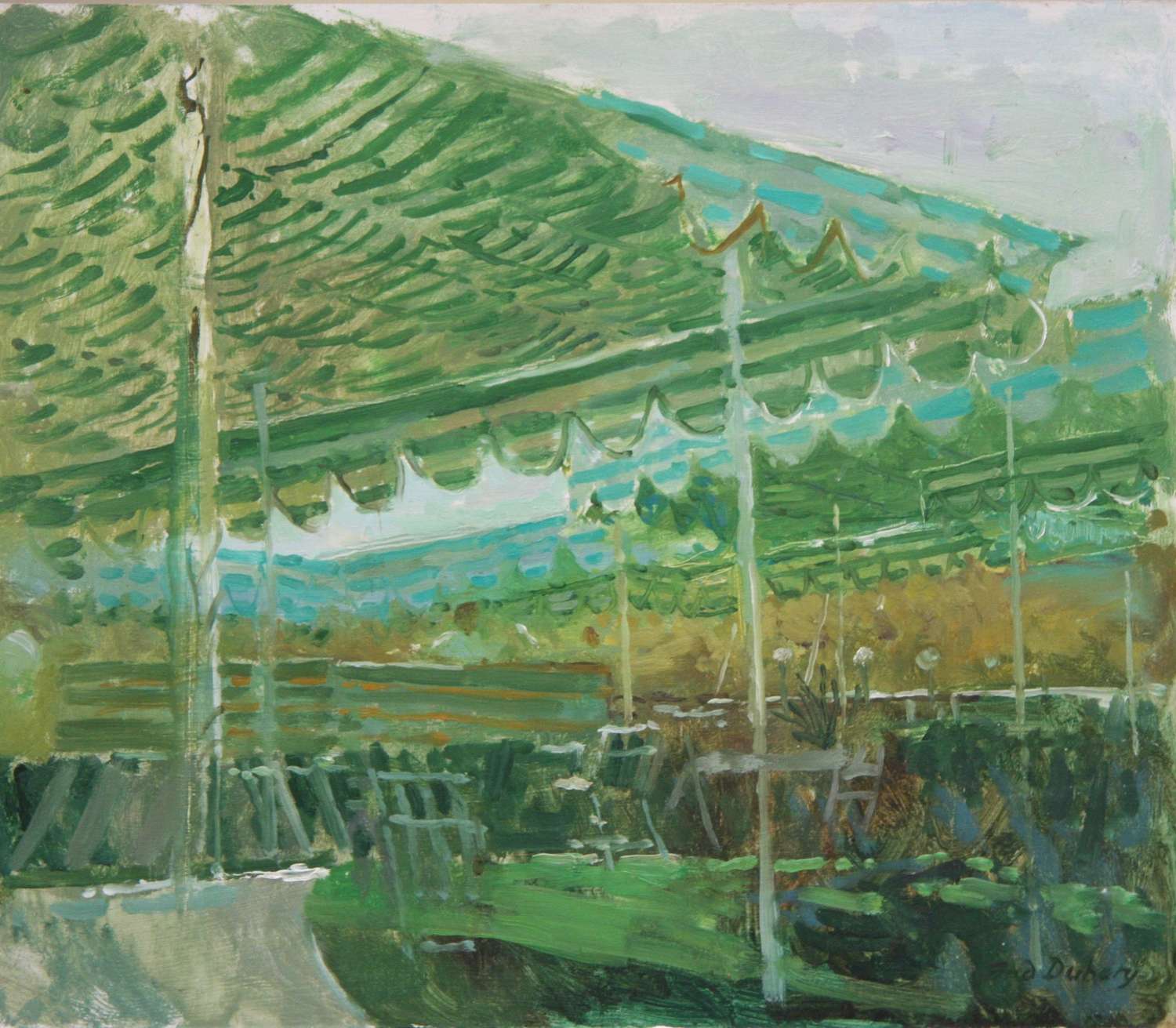 Fred Dubery was a Suffolk artist, called up at just 18, he served as a map maker to the Royal Artillery and after being ‘demobbed’ he continued his art education at Croydon College and then at the Royal College of Art.  There he was awarded a painting prize by Francis Bacon - although their styles couldn’t have been more different.  Shy and retiring, Fred was a much loved tutor and worked for both the R.C.A. and at the Royal Academy Schools for many years - he became their Professor of Perspective.  Although his sense of compositional structure appears effortless throughout it is his love of colour that overwhelms - Fred was a true colourist.  He exhibited widely - almost annually at the R.A. and was a stalwart member of the New English Art Club - becoming an elected life member. Recently, a book entitled ‘Two Lives in Colour’ written by Ian Collins, captured the life and times of this quiet painter.