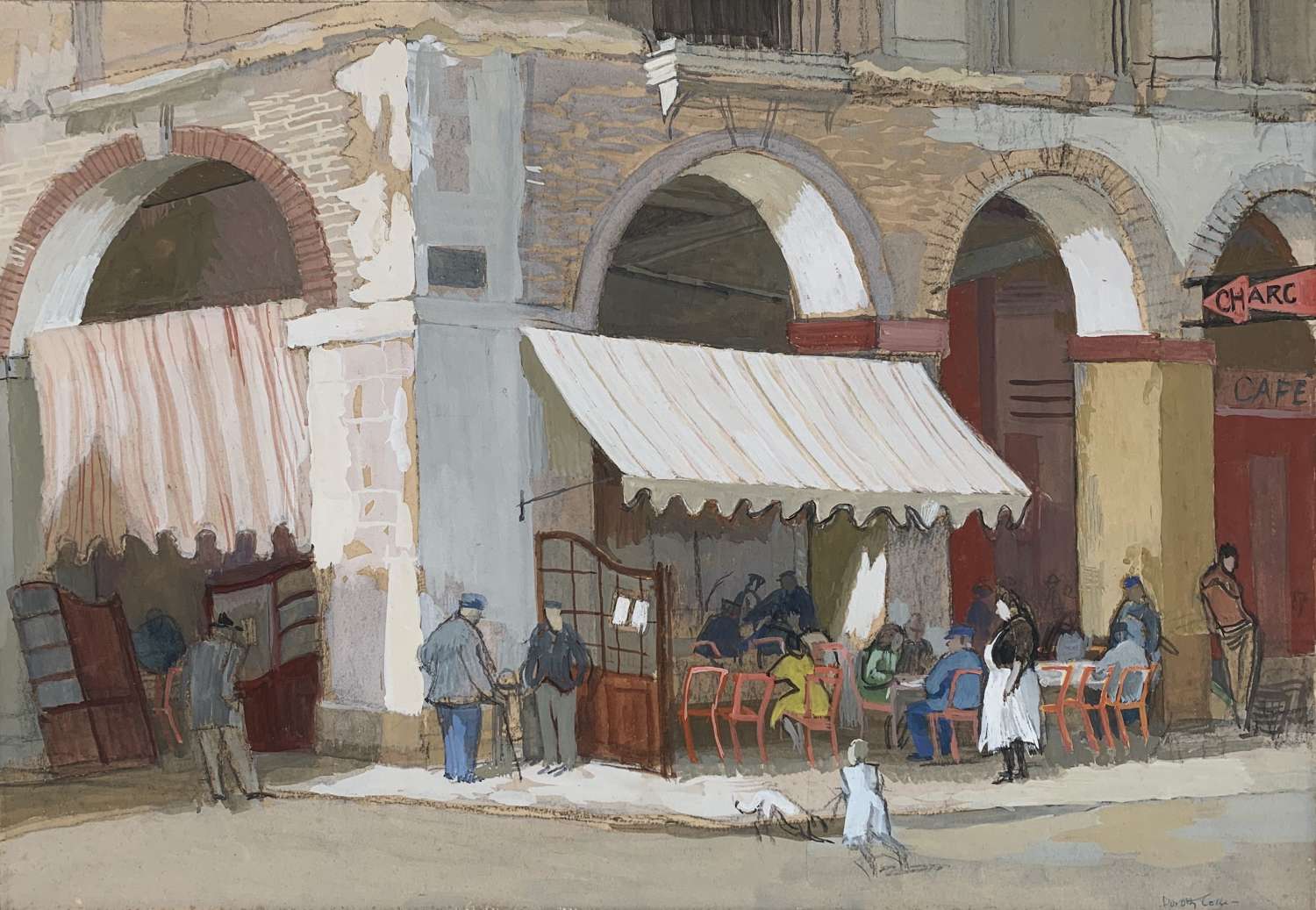 Dorothy Josephine Coke RWS, NEAC (1897-1979) was a painter, chiefly in watercolour, and printmaker of landscapes, town scenes, still life, and portraits. Born at South¬end-in-Sea in Essex she studied art at the Slade School under Tonks, and although she had a thorough training in oil painting, she became more interested in drawing and watercolour and in the 1920s and 1930s also in printmaking. Dorothy Coke exhibited widely, including at the Royal Academy, Royal Watercolour Society, and the New English Art Club and she was elected NEAC 1919, ARWS 1935, and a full RWS member 1943. In 1940 she was appointed an official war artist and concentrated on painting the womens' services. Her work is represented in the Imperial War Museum. At that time she began to teach at Brighton College of Art and remained there until 1963. She lived at Rottingdean in East Sussex from 1938.

This charming watercolour shows the cafe at the heart of the town, centre for meetings and gossip, surmounted by jolly striped awnings.  This must have felt quite 'continental' after the privations of post-war Britain.