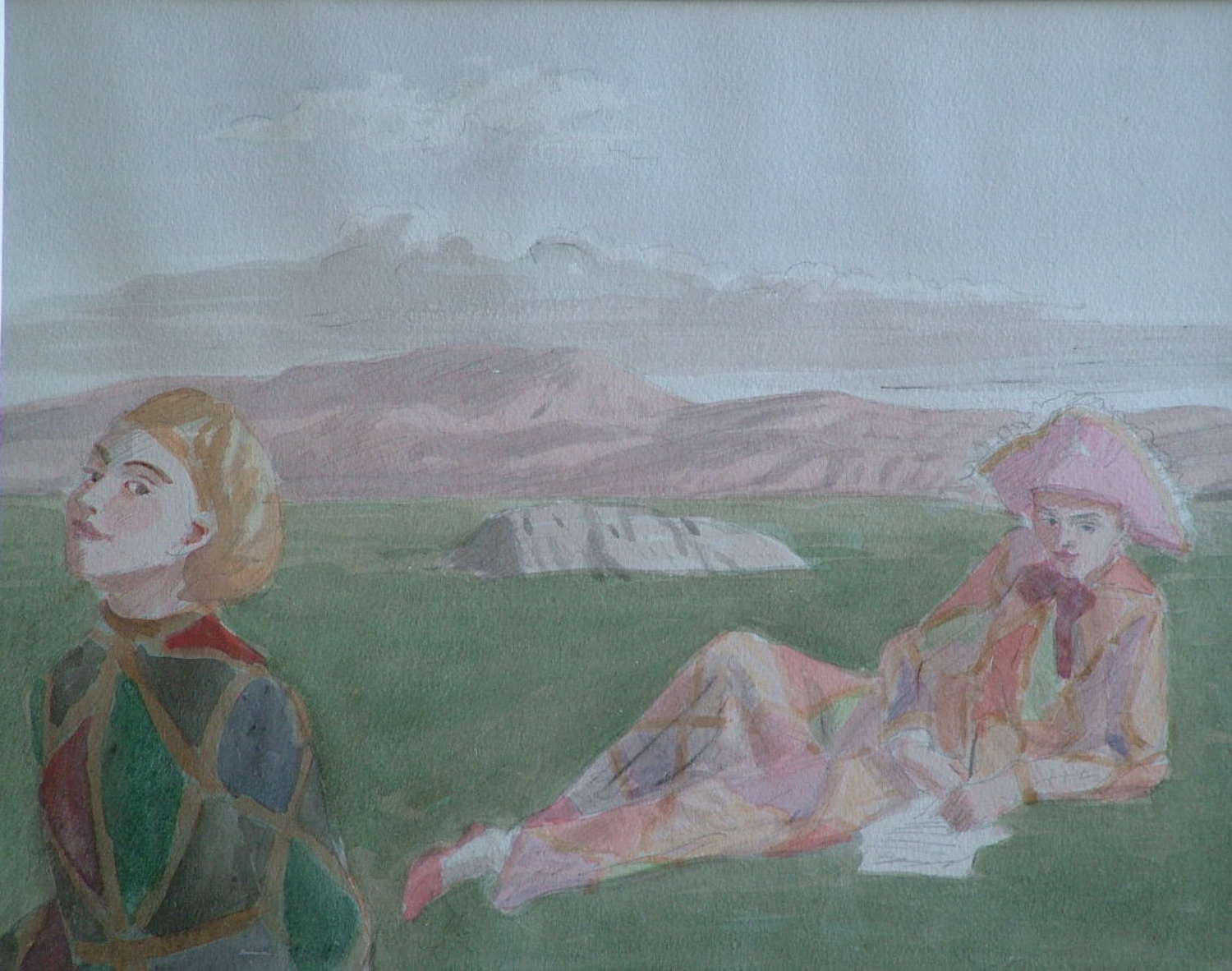 Watercolour, and pencil on paper, signed and inscribed. 15 x 21 cm.