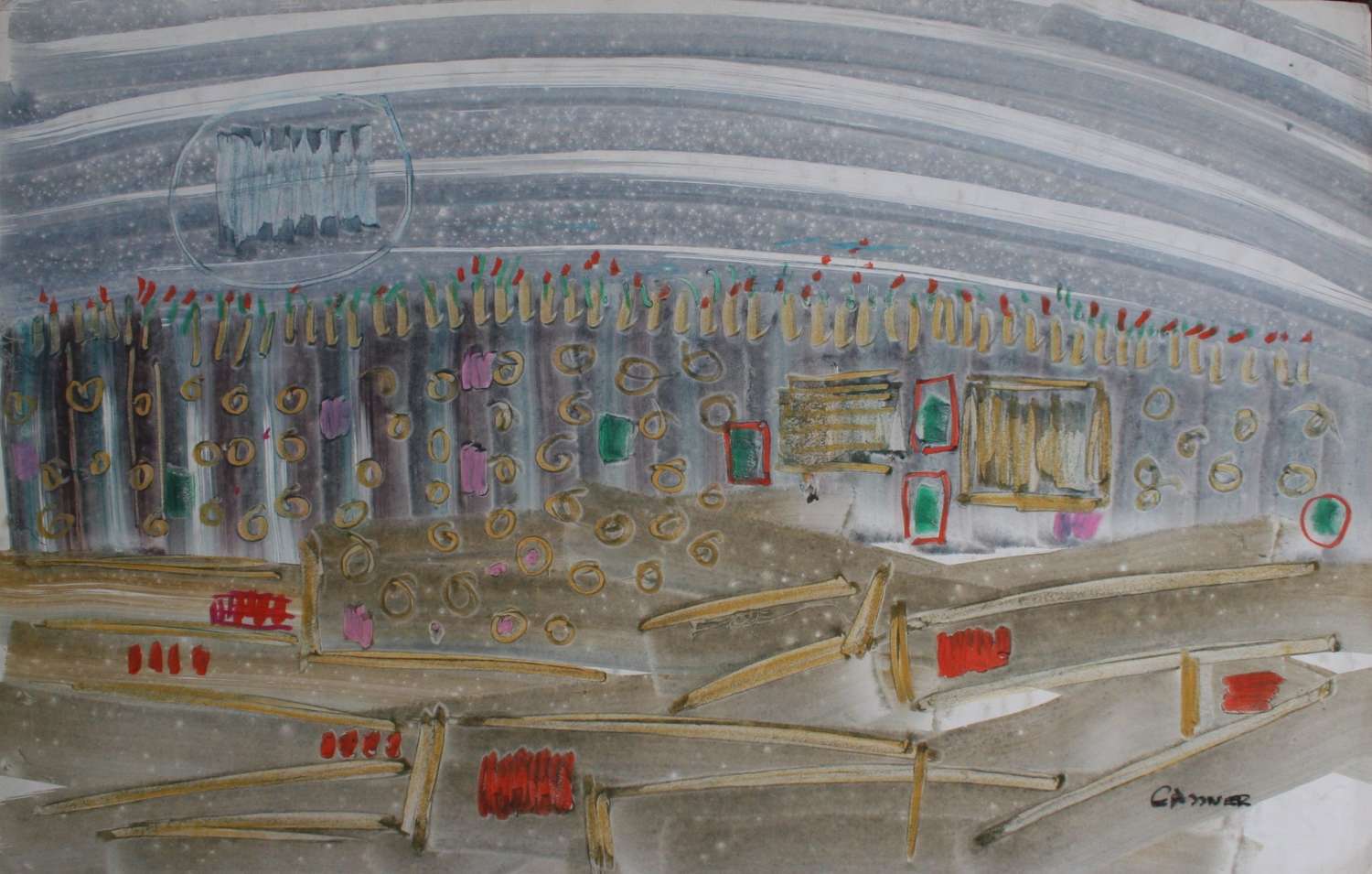 Charles Gassner was born in The Netherlands in 1915 and was a painter of both abstract and figurative subjects. He studied fine art in The Hague before moving to Berlin. Inclined to lead an itinerant lifestyle Gassner left Europe in 1948 bound for South Africa where he settled and was to become one of a group of talented artists working in the very distinctive South African school of representational abstraction, which later became termed as the ‘Isolation Years’  and is regarded as one of the most important movements in South African art history.

Early in his career Gassner had painted mainly figurative interior scenes, almost exclusively in oil for the work he chose to exhibit. Gassner moved to Australia in the early 1950’s, shortly thereafter returning to South Africa, but by the late 1950’s Gassner had arrived in London where he took a post as tutor at Camberwell School of Art where he spent the next decade. The work he produced during his time spent in the UK strongly reflected the mood of the time and became predominately abstract. Though he later returned to live in South Africa, this body of Gassner’s work, which he created in his time at Camberwell, remained in the UK.