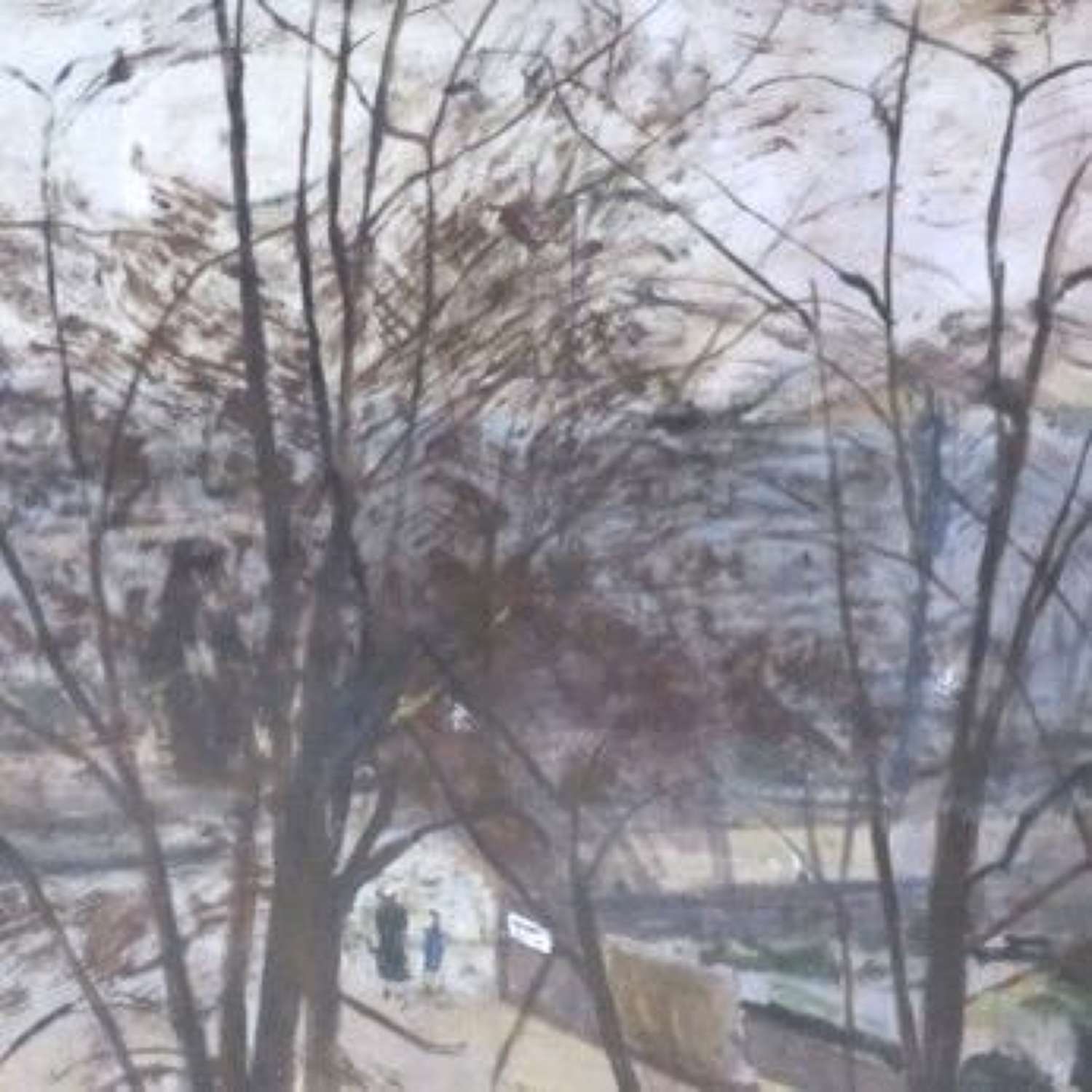 Carel Weight was born in Paddington and trained initially at the Hammersmith School of Art and then at Goldsmiths College upto 1932.  He began to exhibit through the Royal Academy from 1931, and had his first solo exhibition in 1933, becoming a  regular face on the British Art scene for several decades.

He was called to work as an Official War artist in the late war years and on demob decided to move into teaching; he began as Tutor at the Royal College of Art and by 1957 was Professor of Painting, Senior Fellow by 1983.  A stream of outstanding artists passed through his capable hands - particularly David Hockney.  He was close friends with other outstanding artists of the 20th century - L.S.Lowry, Mary Fedden, Ruskin Spear among them.  Carel was elected to membership of most of the leading art bodies and was awarded a CBE, he died in 1997 leaving a strong legacy at the Royal College in particular.  Most public bodies hold his work - substantially at the Tate Gallery and the V & A Museum