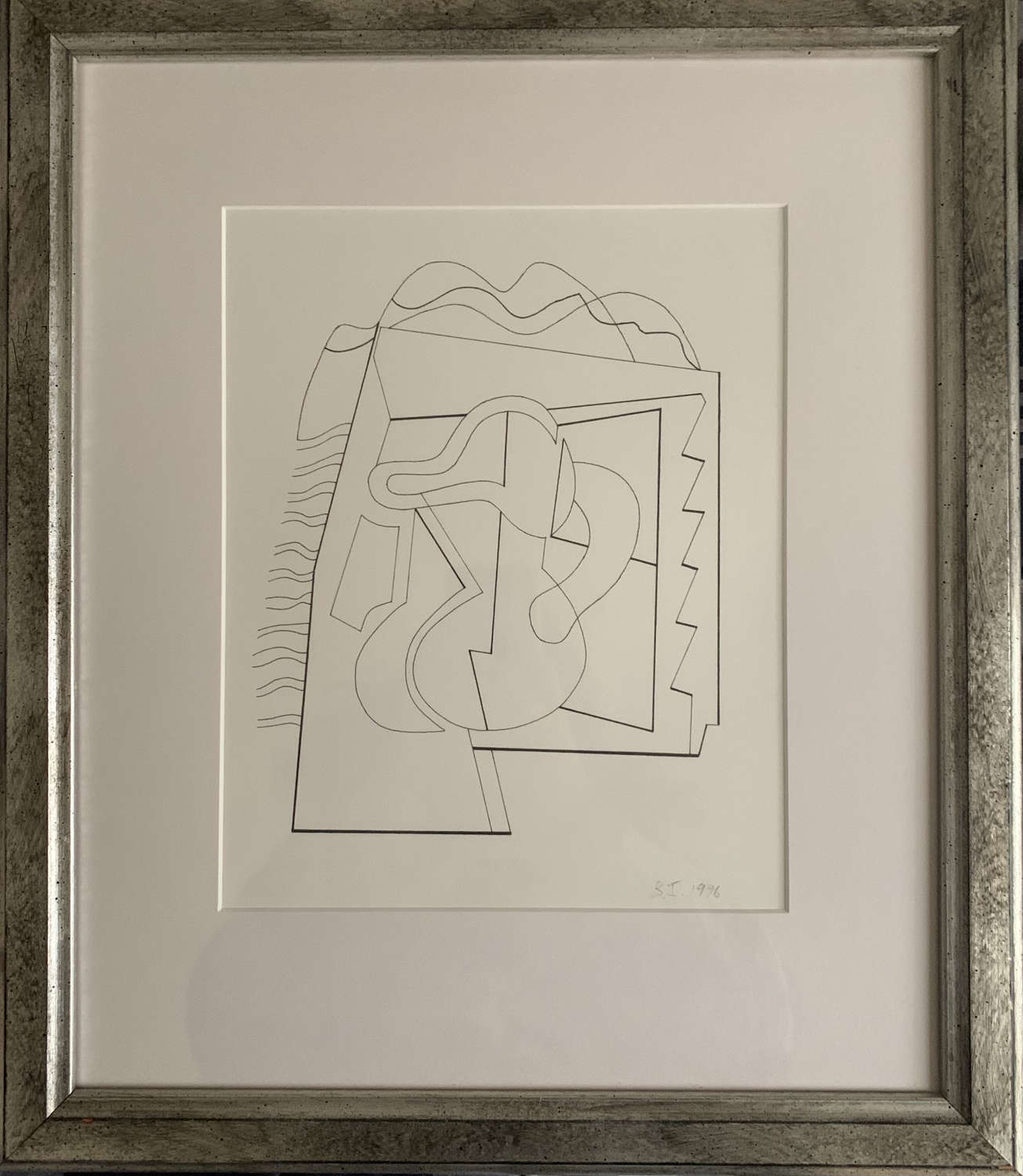 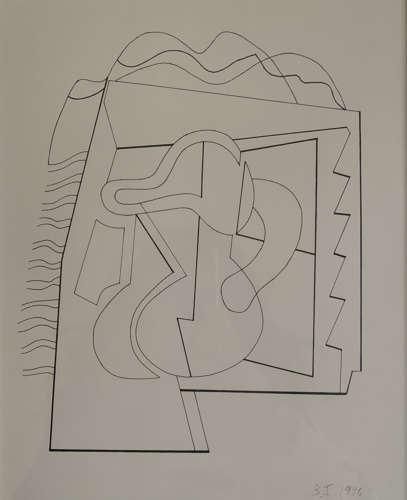 'Abstract - still life with a jug'

Pen and ink on paper, signed with initials and dated (19)96,

Bryan Ingham was born in 1936 in Yorkshire’s Calder Valley. He was predominantly a painter, etcher and sculptor, though his work extended into the media of collage and assemblage. After a National Service post in the RAF, he studied at St Martin’s School of Art before embarking upon a post-graduate course at the Royal College, where he was awarded a scholarship and first produced his characteristically large and deeply gouged etchings. After extensive travelling in Italy (settling into Barbara Hepworth’s old studio), Ingham made the decision to abandon a career as an establishment artist, moving to Cornwall and developing a highly refined artistic style.