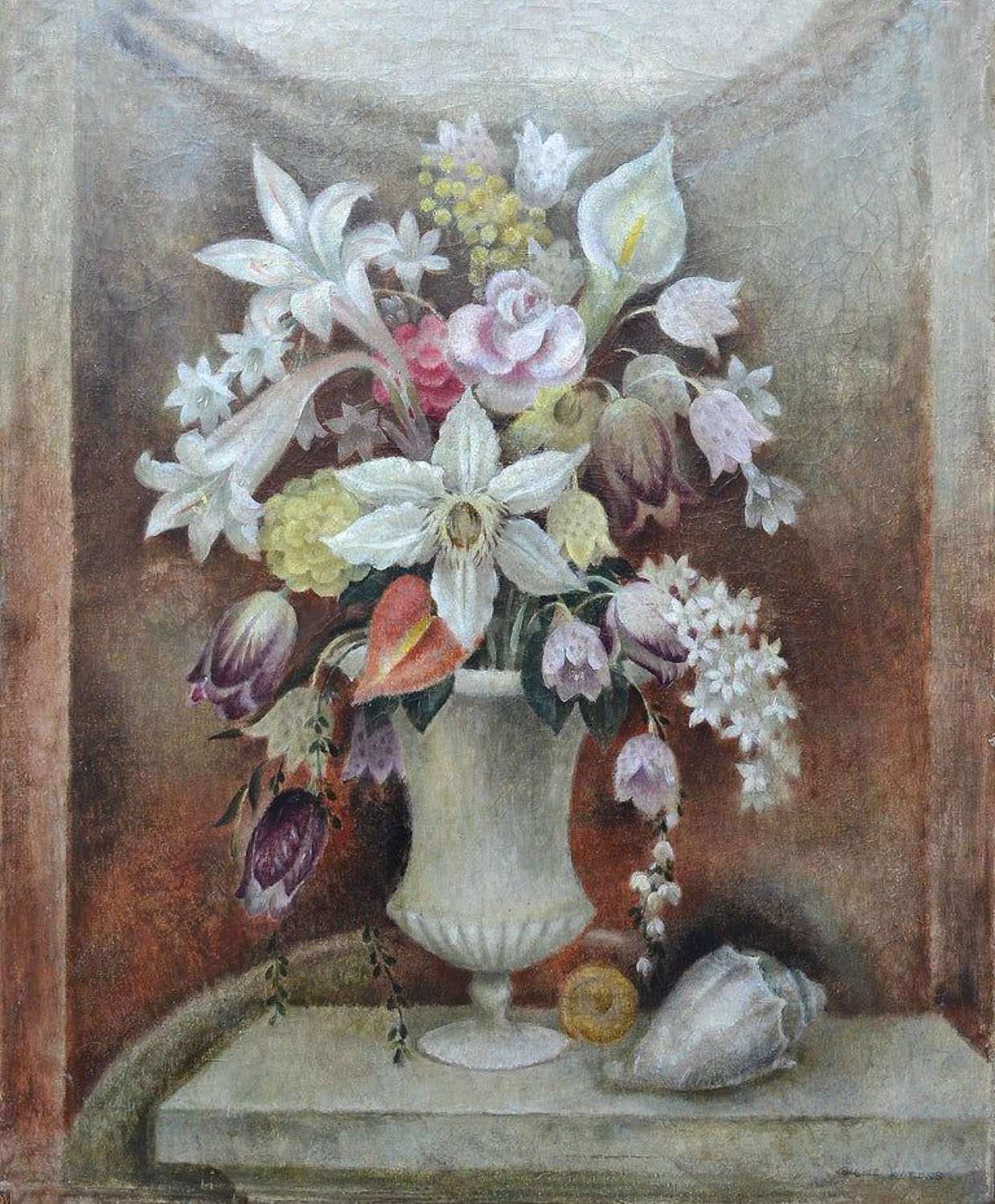 Still life with Lilies and Shells'

Born in Richmond, Surrey on 6th April, 1895, the daughter of a solicitor, the artist was officially named Phyllis Mary Waters. Known as `Billie', she studied under Henry Massey at Heatherley's School of Fine Art, and with Iain Macnab at the Grosvenor School of Modern Art.

Between 1920 and 1925, she attended the Harvey & Procter School in Newlyn, and then remained in a general learning capacity and an occasional model with Ernest Procter, receiving technical advice on priming and stretching canvases, and on painting. Under Procter she developed a distinctive decorative style, working primarily in oils, but in a style which mimicked tempera. She applied her paint thinly, without visible brushstrokes and waxed rather than varnished the finished work.

Her friendship circle included the Ernest Procter and both Harold and Gertrude Harvey, also Lamorna Birch - the noted Cornish landscape and coastal painter.Her first success at the RA was in 1928, and she exhibited there regularly for the next twenty years. In 1931, she moved to London and became interested in animal painting, working often at the London Zoo. Her work was taken up by the colour collotype firm W J Stacey and she was commissioned to illustrate an American book. In 1934 she was commissioned to paint mural decorations at the Knightsbridge Grille, and in August 1938 she featured in the 'Artists of Note' series in The Artist. She continued to return to Cornwall on a regular basis and moved here during WWII, living at 3 The Warren, St Ives.  Her life dates are often given fairly variously but we understand that 1895-1965 is now viewed as correct.