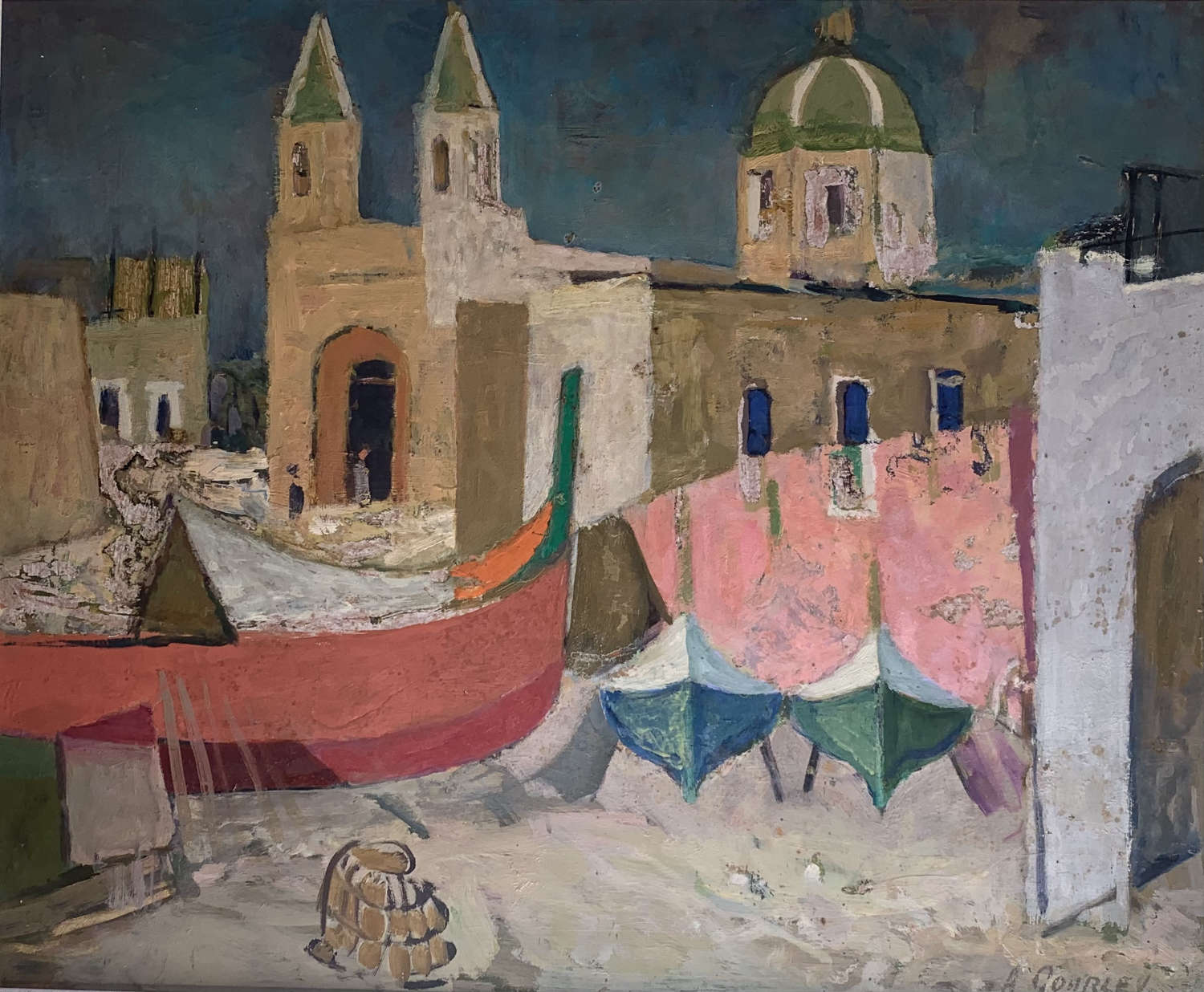 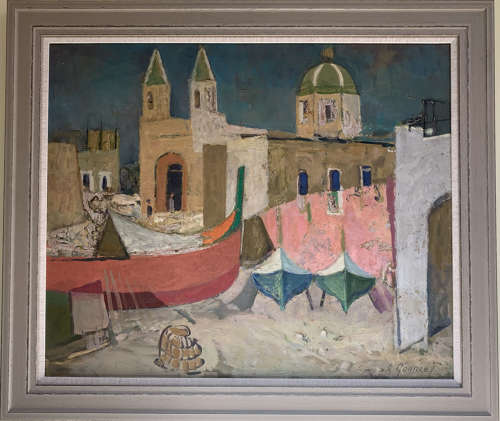 Alan Gourley was born in Ayr and studied initially at the Glasgow School of Art and then moved on to further studies at the Edinburgh College of Art where he was tutored by Sir William Gillies.   By 1931 he had moved to Johannesburg in South Africa to take up a teaching/design role for several years.  He then moved to Paris to study again at the Ecole des Beaux Arts and spent the war leading camouflage design programmes.  Post 1945 he relocated to the Slade School to study under Schwabe among other tutors.  He has work in several public collections including the Government Art Collection and South Africa House. He loved the brighter palette of the Mediterranean and travelled widely in Italy and Croatia; Venice was a regular destination.